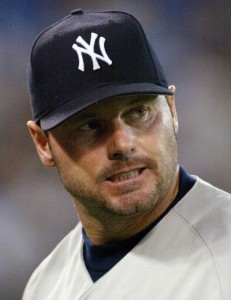 When PR colleagues ask me to assess the biggest changes in public relations, the conversation invariably turns to direct-to-consumer communications. Not unlike the billions big pharma spends to prod patients toward prescription products (minimizing the physician filter), PR pros also have a new and robust capacity to speak directly to end audiences.

They too can more or less bypass the “media filter”to deliver a client’s unadulterated message via blogs, video hosting sites, online communities, etc.

Now I’m not saying this is necessarily a good thing. In fact, few will dispute the public benefit offered by traditional journalistic scrutiny of subjective news and information. And in fact, the PR “holy grail” of bypassing the media filter is only partially true. When an enterprise or individual releases its message on YouTube or through SMNRs, they invariably produce a spike in the online”conversation” that may be more counter-productive to their goals than even the toughest reporter’s take on the story.

Case in point: Roger Clemens’ PR-inspired effort to exonerate himself from the steroid scandal through a direct appeal to his fans on YouTube. New York Daily News columnist John Harper called a spade a spade in his led paragraph on the subject:

“So Roger Clemens has taken his case to the people via the path of least resistance, with a two-minute video that he posted on his Web site. He does his best to win your sympathy, describing the hurt his family has endured from the Mitchell Report, before turning the whole thing into a video Christmas card, giving thanks at this special time of year for the blessings in his life.”

Now that he has laid down the messaging gauntlet by releasing a self-produced (and optimized) video online, Mr. Clemens will allegedly follow it up with a sit down with Mike Wallace of “60 Minutes” to drive the message home. It’s a one-two punch. Game the news agenda with an unexpurgated message, then do battle with the grizzled veteran of TV investigative journalism.

PR-driven content is not alone in prompting conversation in this new media landscape. All content is. Established journalists are now subjected to consumer-generated second-guessing that heretofore did not exist several years ago. Dan Gillmor recounts how the blogosphere weighed in against TIME political reporter Joe Klein for his having played fast and furious with the facts in a recent story condemning Congressional Dems for efforts to reign in Mr. Bush’s illegal wiretapping program.

“Needless to say, bloggers and others who care about truth and the Constitution jumped on this outrageous stuff. No one did a better job than Salon’s Glenn Greenwald, who pointed out the misstatements in great detail.”

From a PR perspective, the bigger question in my mind has more to do with knowing what’s the “right media mix” en route to effective advocacy. Can creating the first salvo (e.g., the Clemens-produced video) set and hold the editorial tone for subsequent coverage and conversation? Is the CGM backlash, catalyzed by the video, better at achieving true overall balance versus traditional journalistic scrutiny? (Aren’t they one and the same?)

And, finally, does Mr Clemens have what it takes to make his case in a toe-to-toe with Mr. Wallace? Stay tuned.