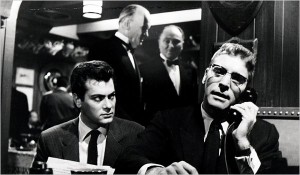 Apparently the name of this blog caused a little kerfuffle among a few members of the PR Counselor’s Academy.

In a string of comments, one Beltway-based “counselor” took umbrage with the idea that PRSA would have the audacity to invite a PR pro who pens a blog with this particular name to moderate a PRSA panel at the National Conference in several weeks time.

“You certainly don’t get rid of a bad brand by repeatedly using it even with a disclaimer. I wouldn’t tell my clients to do that and certainly advise my PRSA colleagues not to do that either. I am not shy telling my journalist colleagues that I don’t want them to use that term.”

Actually, this Tuesday yours truly will preside over a PRSA-sponsored teleseminar featuring some of the brightest bulbs in the PR and social media worlds. Here’s a link with more details. There’s still time to sign up.

Another PR “counselor” from New Jersey picked up on the flap, raising the question of whether the F word is our industry’s N word. To add salt to the wound, she added to her blogroll a one-month-old blog, also called The Flack, written by Hillary’s failed PR consigliere. It seems that newbie blogger chose the name after applying the same due diligence that Sen. McCain used to hire Gov. Palin.

Here’s how his editor at The New Republic explained it to me in an email:

“We have no desire to confuse anyone. Our selection of the name The Flack was a natural one for us for several reasons. The term “flack” is a popular one that has often been used to describe Mr. Wolfson. In addition, we felt the title fit perfectly with the names of our other blogs, “The Stump,” “The Vine,” “The Spine,” and “The Plank.”

Truth be told, I’m not sure I would have chosen the name The Flack if I were to start all over again. It is a pejorative, and for some, a deterrent to certain types of clients. But remember, this blog debuted in April 2005 at a time when Gawker was ascendant.

As for the PR Counselor who chose to add to her blogroll the newbie Flack over the original Flack, I would encourage her to read further. There’s more to The Flack than just the name.