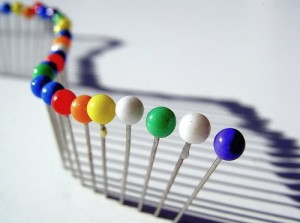 What a weekend! No, I’m not referring to the Yankees two-out 9th inning rally that suddenly subdued those Hoagie-eating Philly fans. I’m talking about @ev, @biz and @jack’s decision to open up Twitter Lists to more than the chosen few. It literally unleashed the curatorial curiosity in all of us.

I can’t recall another more buzzed-about (and time-consuming) software application release, but then again I happen to follow Tweeps who get all a-twitter over such things. Isn’t the quick uptake of Twitter Lists driven by the same sensation one feels by sharing his or her music playlists, i.e., Check out these artists I follow. Don’t I have good taste?

Still, I wonder, will Twitter Lists go mainstream or stay relegated to the domain of the digital cognoscenti? I mentioned their debut at a small dinner party over the weekend, and eyes glazed over. My wife poked me to change the subject. (“You dweeb!”) Oh well. Wrong crowd.

So what do Twitter Lists mean for you, PR peeps? Everything and nothing. If you want to keep abreast of real-time trends (eventually impacting all industries), then it’s a God-send to be able to more easily create and follow lists of individuals driving or reporting on these trends. Conversely, if you want to accelerate the PR industry’s march into oblivion through the taint of blind or uninformed story-pitching, then ignore Twitter Lists (and Twitter for that matter).

Here are links to a smattering of notable observations and resources regarding Twitter Lists since their universal debut several days ago:

The advent of Twitter Lists has its ups and downs for PR pros – mostly ups. I’ve long advocated for PR peeps to be judicious about whom they choose to follow on Twitter — to add value and avoid the superfluous. Twitter Lists offers a useful shortcut for finding those worth following, assuming you have faith in others’ curatorial capabilities.

This PR pro currently has nine lists he follows, a number that is sure to grow. Still, I tweeted the following over the weekend:

So where’s the app that will let me merge (and de-dupe) Twitter lists into one Twitter-Cooler uber-stream?

I suspect that Listorius, however fab it is today, will quickly atomize diminishing its utility

Don’t get me wrong. I love Listorious, and frankly, it’s the only game in town right now. My advice: take a visit and drill down to find those lists, and the curators thereof, worth a follow. Not unlike Guy Kawasaki’s AllTop, it lets you easily keep abreast of what impacts you (and your clients), but in real time.