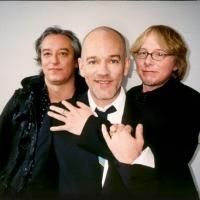 CNET’s Caroline McCarthy yesterday blogged about how the news value is wearing thin when it comes to musical artists releasing their new work exclusively via the Web. She also recognized the buzz these partnerships have offered both the bands and their online hosts:

“…they’ve also created digital music’s ultimate publicity stunt…a win-win situation for both the site doing the promotion and for the album: the artist gets extra publicity, especially if accessing the streaming file requires joining a mailing list or signing up as a “fan,” and the site gets some buzz from new visitors who may be fans of the band but haven’t heard of the site.”

Me thinks that there’s still some life in this story, especially as bolderfaced-names opt for the web over traditional distribution channels. (Could first-run, full-length theatrical films be far behind?) Ultimately, however, the “ultimate publicity stunt” will lose its editorial allure (mostly because the required superlatives also will dissipate):

“…it’s only a matter of time before this sort of promotion is so commonplace that it’s no longer newsworthy–remember when we all wrote breathlessly about every big Web company’s foray into Facebook applications?“

Facebook applications? Caroline, you mean you don’t remember when we PR types issued news releases to announce the launch of new websites…and they actually were picked up? The next thing you know, the artist who penned “The Times They Are A-Changin” will run a promotional campaign on YouTube!