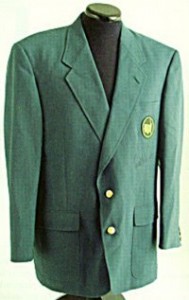 My Bay area brother, a would-be scratch golfer, phoned the other night to share the big news: he got his hands on a couple of ducats to The Masters, a tournament that some determined duffers wait two decades to spend a bucket full of dollars to attend. It opens today.

He was almost in tears with excitement as he breathlessly explained what it took to land the tix. I told him to wear his multi-colored Afro wig so I can catch him on TV standing behind the green. He said he couldn’t as the tickets came with specific instructions on dress and decorum.

He went on to explain how the host club, being private, was immune to all the requirements of modern society. It could discriminate at will, especially after its decision to forego the TV revenue from advertisers so it wouldn’t have to deal with boycotts, etc. How about corporate sponsorships?

Enter the corporate king of un-PC, ExxonMobil, a company posting the biggest profits in the history of companies; one that staunchly denies that global warming is a man-made problem, or any problem at all; and one of a number of big oil companies lobbying the U.S. government to avoid paying tens of millions in taxes that were created to spur exploration when gas prices were low.

This week we learn that some ExxonMobil shareholders (e.g., those not invited to the company’s lavish hospitality tent) are none too pleased about the sponsorship. (Where were they when the company’s former CEO thumbed his nose at the global environmental movement?) The Masters’ other august corporate sponsors include IBM and AT&T.

Without the TV advertising element, however, the PR problems associated with a sponsorship of a discriminatory event venue will likely not get mired in the sand trap. (I worked with the PGA of America on the Shoal Creek controversy some years back, wherein in the advertising/TV revenue piece drove much of the news.)

Still, the L.A. Times already has holed out with this editorial titled “Masters of Discrimination.” Expect a smattering of others.