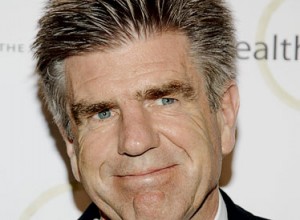 Someone recently asked me why I thought Tom Freston was shown the door. (Hey, how should I know?) In thinking about it, however, here you have a industry icon whose auspicious accomplishments over two decades were unmatched on a very well-lit, but admittedly unforgiving stage.

Now that he’s out, don’t feel too bad since SEC filings report an $85 million severance package. At least Tom put in the time, Mike.

As an outside observer, I attribute his surprise demise to how his boss and his boss’s bankers perceived him. They simply did not see the MTV man moving fast enough into the digital and social media worlds, at least compared to at least one other media mogul. (“Why did My Space have to grow so fast and be so profitable?. Damn that Rupert!”)

My arm’s length and armchair assessment actually gives Mr. Freston credit for having some decent digital irons in the fire. I just think the communications surrounding them fell short. Just this week, his beloved MTV network announced a boffo content deal with Baidu.com, the Google of China. Do you think that deal happened overnight or had it germinated under Freston’s leadership?

Hey look. Lorne Manley’s New York Times story extolling Freston rival on the other side of the Viacom split probably sparked the conversation on Freston’s future. Nonetheless, making media hay nowadays about digital deals — no matter how small — can help drive perceptions, e.g., they can actually make a YouTube — with its Web 1.0, non-profit sensibility — seem like the second (life) coming.

Now everyone’s clamoring for a piece of the perception. Be careful what you wish for.