I’m convinced that advertising creatives have different sensibilities than their counterparts in PR. For the former, the ends justify the means, even if one has to stretch the boundaries of taste or veracity. In my last post, I wrote about Crispin Porter’s Super Bowl spots for Groupon. As you know by now, many people groused about the creative license Crispin took with some political hot buttons, namely the plight of Tibetans, for one.

So much so that the CEO of Crispin’s parent company went on CNBC to assuage the situation, but also talk about the success the spots had in attracting new registration.

“They have over 50,000 new customers that have come on board since the ad ran, so its actually drawing the kind of business performance that we expected it to,” Nadal said.

“You have to understand there is a difference between popularity and business effectiveness,” Nadal said, adding, “strategically Groupon has always dealt with social issues from the very evolution of the business.”

A smart PR person on the other hand might have anticipated the negative backlash and advised to proceed more cautiously. Frankly, I’m torn. In an age where the boundaries of bad taste are endless — thank you GoDaddy — maybe there’s a happy compromise to be had. It’s all about the results, right? Update: Maybe not. Groupon pulled the spots today.

The following video tells the back story of a campaign from another ad agency, this one in Germany. The campaign featured an image of a woman giving birth on a city street. The enduring image went global and viral quickly. We now learn that image was staged in an astro-turfed effort to mark the birth of the agency. But who knew it at the time? Again, ad peeps seem to hold full-disclosure in low regard, as compared to their brethren on the other side of the marketing aisle.

On the day of AOL’s boffo acquisition of the Huffington Post, Mashable founder Pete Cashmore put out an intriguing tweet to his 14,000+ followers. It read in essence that Mashable has some big news it will announce the next day. Of course this raised lots of speculation among the media pundits who were predicting a raft of such website acquisitions stemming from the AOL news. The next day arrived, and alas, Mashable remained independent. The immensely popular and influential site did however unveil an invitation-only (at least initially) platform to give its users a more sociable and relevant content-focused experience. Mashable Follow was born. Here’s the video clip that editor Adam Ostrow shared at the Mashable NextUp event the next evening at NYC’s TribecaY.

Back in September, Mark Zuckerberg opened the curtain for TechCrunch on its mobile strategy. This week, TechCrunch takes an exclusive look at the first “Facebook Phone” from INQ Mobile, a British start-up.

UN Ambassador Susan Rice held a town hall at Twitter’s San Francisco headquarters (before the company leaves town). It coincided with all the attention Twitter and Facebook garnered around the events unfolding in Eqypt. Thanks TechCrunch for posting.

Watching the mass rallies of Egyptians in Tahrir Square all week, I thought the following video of Sigmund Freud’s nephew Edward Bernays, the “father” of the PR industry who coined the term “public relations,” might have some resonance. No one could have envisioned Twitter and Facebook during Bernays’ time, but the psychology behind mass movements may still apply. (I still cringe when I hear the term “mass manipulation.”)

For those of us northeasteners, this relatable video comes from @fox25news in Boston. It speaks for itself. (Thanks @stevegarfield for tweeting our attention.) CLICK HERE to view. 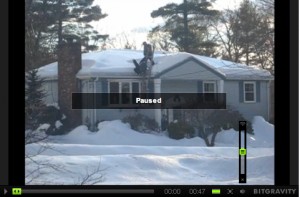