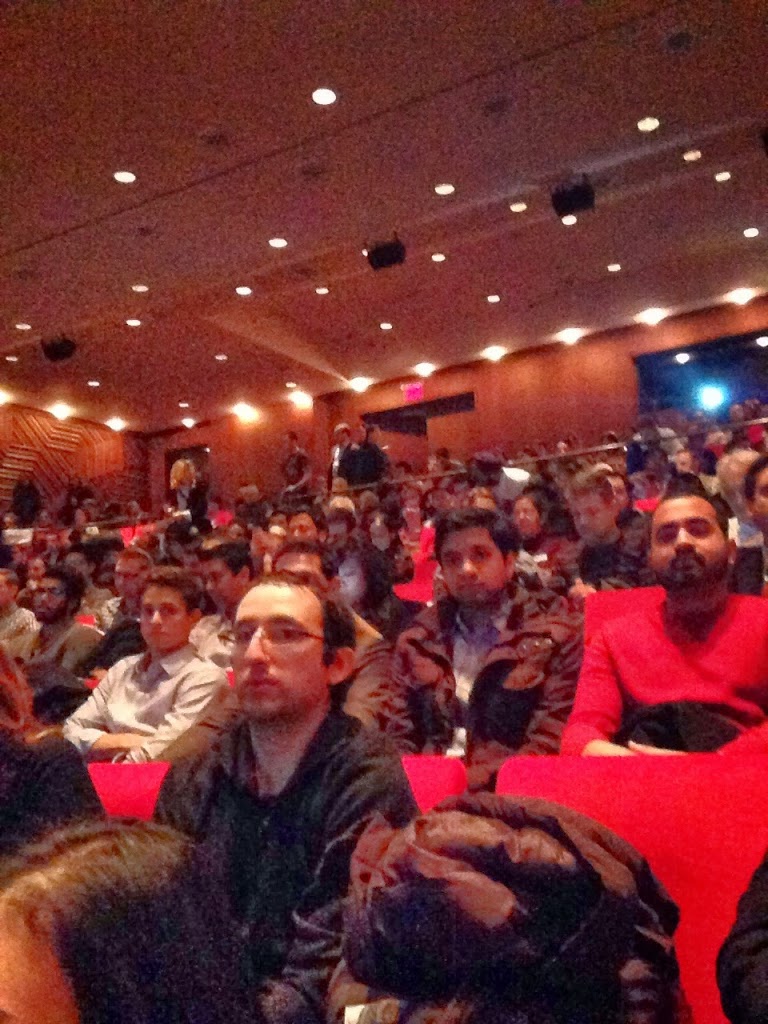 Will the New York Tech Meetup ever not sell-out its monthly showcase of tech startups? Judging from the full house that braved the frigid February New York weather, the answer is a resounding no. The NYC tech scene is simply too robust to forego the premier startup showcase event here. Also, it doesn’t hurt that the New York Tech Meetup, with its 36,500 members, is the largest of the 142,000+ groups in Meetup.com‘s vast universe. 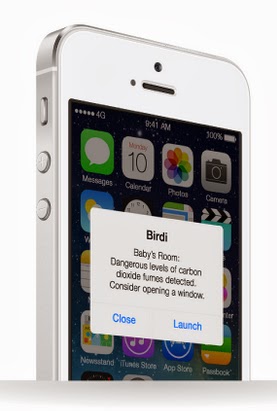 If there was a single theme that emerged from the event last week, it likely had to do with Olivia Newton John’s signature song. App and software-related innovation gave way to the Internet of things — with an emphasis on things.

Among the hardware on display were Birdi, a crowd-funded “smart air” monitoring device that somehow escaped any questions about how it hopes to compete with Google’s latest and much-hyped acquisition Nest. I suppose there’s room enough for more than one player in the wired home arena (though perhaps not in the branded aviary space). Still, Birdi did appear to offer a bit more functionality than Nest.

We were then treated to another tech-driven physical product that took the form of a soccer ball, but not just any soccer ball. Uncharted Play, a “for-profit enterprise,” impressed the audience with the simplicity of its invention Soccket that doubled as an energy source.

The more you kick the ball around, the more energy it gathered. Plug a custom lamp into the soccer ball’s built-in USB port, and voila, the gift of light is bestowed upon remote communities that need it. Here’s a video clip that explains.

Next up was a company whose primary audience lacked neither light nor heat. Crowd-funded Radiator Labs’ co-founder Marshall Cox opened by asking the audience of predominantly NYC apartment dwellers how many have awoken in the middle of the night in a deep sweat as a result of an over-active lÌ¶iÌ¶bÌ¶iÌ¶dÌ¶oÌ¶ Ì¶ radiator? Some 750 of the 800 people seated in NYU’s Skirball Auditorium must have raised their hands.

Smartly, Marshall and his colleagues identified a problem and the exact audience for which its solution would strike a resonant chord. They constructed a custom, pliable radiator cover with built-in fans that regulates the spiky blasts of heat that cause so much misery. Birdi and Radiator Labs have taken decidedly different paths in addressing home climate control. 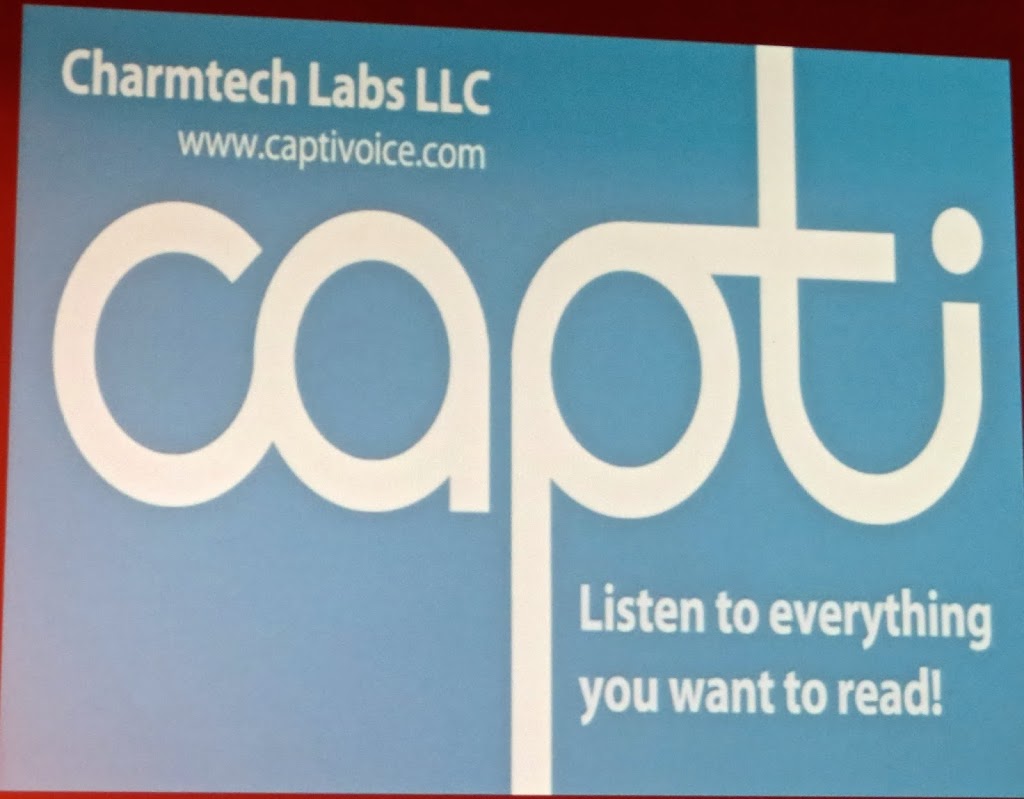 Outside of the physical realm, I was captivated by Capti Narrator, which converts to audio any digital text you might stumble upon traversing the media ecosystem. While Capti’s didn’t custom-build its text-to-audio conversion technology, the software worked across an impressive range of file types.

Also, for varying fees, it allows you to choose the specific voice that would read your selected passage. Following the meetup, I told New York Angel founder David Rose that this was one of the demos I enjoyed. He observed that the underlying technology was not all that pathbreaking. Even so, Capti Narrator offers me an attractive solution to the challenge of reading my iPhone while on the elliptical every morning. It’s clearly better that that annoying Flo from Progressive who never ceases to pollute my music play lists.

Snapchat ushered in an era where short-lived communiques captured the imagination of tens of millions of users (Mr. Zuckerberg among them). Now, Confide wants to do for email what Snapchat did for messaging and images – make them quickly disappear after they’re read. Just think: SAC Capital’s Mathew Martoma might be a free man today if he used Confide to share his insider trading tips. Just kidding, of course.  I’m sure there are many other legal business use-cases that would benefit by having their emails disappear “off-the-record.”

I had seen Anil Dash and Gina Trapani milling about the auditorium before the show got underway. These two pioneering bloggers and technologists took the stage to debut ThinkUp, a social media aggregation and analysis tool that lets Twitter and Facebook users make better sense of their own activity and that of their friends/followers. Incubated at Expert Labs over four years, the premium tool delves deeper into the data to give users a raison d’etre in social networking.

As part of NYTM’s “alumni demo,” we heard from Lenddo, which helps the middle class denizens in emerging markets (the “underbanked”) use their social connections to borrow money.  Since its inception in 2011, the platform has doubled its user base “every 60-90 days” and now has members in 35 countries. Loans are currently being made in Colombia, Mexico and the Philippines, with more on the horizon.

Finally in light of Valentine’s Day, and the confluence of technology innovation and the sex industry, the New York Tech Meetup went R-rated by inviting the effusive MakeLoveNotPorn founder Cindy Gallop to curate the last two presentations. In introducing Ms. Gallop, NYTM executive director Jessica Lawrence warned the live and live-streamed audience of the graphical nature of the coming demos. The sextro-verted Ms. Gallop, a Brit, kept the audience enthralled with her mission to normalize how sex is viewed around the world, and its ripeness for technology disruption.

She soon introduced Colin Hodge, founder of DOWN, a hook-up app formerly known as BangWithFriends. It describes itself as the “anonymous, simple, fun way to find friends who are down for the night.” Someone in the audience asked whether unsolicited texts from once-removed strangers might be seen as a little creepy. Mr. Hodge answered that courters don’t have unrestricted access to the objects of their affections. He also admitted, in response to my question,  that the company had to jump through hoops last spring to gain acceptance in the (more restrictive) App Store.

Obviously, this posed some challenges in one specific area. Mr. Tio then demo’d his solution, which clearly wooed the audience. The young woman seated next to me raised her hand to urgently ask where she could purchase his invention.  What better testament could there be?