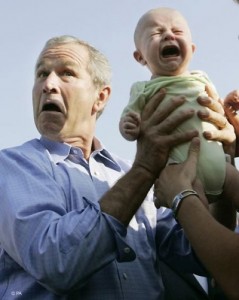 So what if taxpayer money is illegally being spent by this administration on the mid-term elections? Will it matter much, even when the facts emerge? Do you believe for a moment that the election results will be rescinded?

Today we are witness to a no holds barred, full court press by the reigning party, people. Lie, cheat, steal whatever it takes to preserve the Republican majority in both Houses of Congress. For a lesson on just how far this party will go to advance its political ends, read Jeff Toobin’s book Too Close to Call, which recounts the 2000 election. Unfortunately, Too Close was published too close to 9/11, which all but put the kabosh on sales of the New Yorker writer and Harvard Law alum’s meticulously researched tome.

To understand how much money will be spent, I’m reminded of a “Business Development” workshop I attended at my former agency. It was led by the legendary, larger-than-life and exceptionally brilliant Geoff Nightingale. When the question of fees arose, the conversation turned to the concept of “value billing,” i.e., if you land a “Today Show” interview for your client, should you charge solely for the quarter-hour of time it took to do so? What is the true value…and appropriate fee to the client?

Geoff had a simple rule. Assess the downside of a client’s PR conundrum, then set the fee accordingly. Huh? Take, for example, a company in crisis. Should the company fail to favorably prevail in the court of public opinion, the CEO could very well lose his or her job, the company could be sold or its reputation tank so badly, it would take years to recover. In those terms, how much is an effective communications program worth? Answer: A lot.

Assessing the current political climate, this is do or die time for the Republican political and social agenda. The Administration has mobilized every individual and institutional entity under its control to preserve its very survival. What will they spend? Answer: A lot. It may never be learned, but you can be sure that the hundreds of millions squandered in Iraq by Halliburton sub KRB pales in comparison.