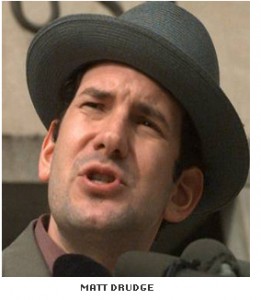 The once-booming VNR industry is in the dumps. Much of its demise can be traced to the efforts of PR Watch and others to hold accountable the disseminators of privately-produced video “news,” and the Congressional hearings that followed as a result. The issue: transparency.

At the time, this blogger commented that most, if not all VNR production companies, as a matter of policy, actually did reveal the sponsors of their distributed video (well, maybe not all). The problem really resided with the TV news producers who often failed to slug the sources of the footage landing in their Avids.

You have the usual suspects, e.g., YouTube, Revver, Veoh.com, Yahoo! Video, etc, and then there’s the paid model of The Newsmarket to which TV newsers presumably look for free video assets or ideas to enhance their news product.

But back to the problem of full disclosure, and the supposed obligation of journalists to identify their sources — if not by name, surely by motivation. Michael Scherer, writing today in Salon, exposes the growing practice by the political campaigns to clandestinely seed “journalists” with opposition-damaging information. Think John McCain’s rendition of “Barbara Ann” (“Bomb Iran.”) or John Edwards’ $400 coiffing.

“In recent months, such invisible releases of information have often dominated the news cycle and have become ubiquitous for reporters covering the candidates. Official e-mails from campaigns regularly arrive in reporter in boxes with subject lines like “n/a,” or “not for attribution.” Unsigned white papers are delivered with damning facts about opponents’ fundraising reports. Information is passed along by senior campaign officials in hushed tones on the telephone, only after the reporter has sworn never to reveal the source.”

Scherer admits that there are benefits to this seemingly nefarious practice, but transparency surely is not one of them:

“Both reporters and the campaigns benefit from this thriving black market of information, as does the public, in many cases, because noteworthy facts about the candidates are widely disseminated. But the growing profusion of campaign-driven stories has also sidelined traditional on-the-ground journalism, while at the same time misleading the public about the true source of information.”

In my mind, it’s the proliferation of “advocacy journalism” — on cable and especially online — that spawned this practice. These pseudo, but influential journalists simply adhere to a different set of rules or no rules at all. Truth be told: Matt Drudge will never divulge his deceptively driven sources. And the partisan political PR pros, on both sides, know it and benefit from it.