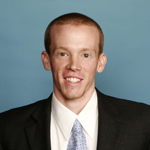 In his post today, PR Newser’s Joe Ciarallo called out the PR blogosphere in an attempt to draw it into the imbroglio between Gawker and Edelman over something the snark blog’s newest reporter (direct from PR Week) Hamilton Nolan (pictured), posted this week.

The offending post was precipitated by an unnamed marketing executive, and regurgitated by a young journalist with a definite preconceived impression of the world’s largest independent PR firm. In it, Mr. Nolan alleges that an Edelman media trainer encouraged a client to lie as a communications tactic.

Having spent a bit of time at that agency where I personally ran a training session or two, I have to agree with Edelman outside trainer Steve Dunlop who assiduously stood by the agency in his comments in the PR Newser post. In fact, I believe that if the agency’s powers-that-be learned of such an ethical transgression, the violator would have been tossed into the traffic in Times Square.

Now here’s the sticky part. A site like Gawker, while admittedly a fun read, is one whose DNA will never diverge from its deep disdain for the PR biz. (Thanks Ronn!) On the other side of the contentious coin, we have an agency that leads all others in advocating for the art of the digital conversation, a part of which entails something called “blogger engagement.”

Practicing what he and his firm preaches, Richard Edelman immediately shot off an angry missive protesting this heinous allegation. To its credit, Gawker printed Richard’s retort in its entirety. End of story? Fire extinguished in one heartfelt post, right? Not exactly.

Gawker, as embodied by an emboldened Mr. Nolan, responded with a raucous anti-Edelman rant that prompted a couple of fledgling journalist friends to queasily suggest that young Mr. Nolan may never work in this town again. He certainly will never work at PR Week again.

As I think about it, his bosses at Gawker probably gave Mr. Nolan a badge of honor for upholding the site’s snarky disposition. In fact, how many kudos did Chris Anderson receive following his attack on the PR industry? Richard, this one’s ripe for blogger disengagement.