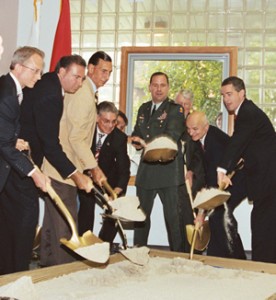 As long as I have been in the business — and we won’t say how long that is — PR advisors have sought to bury bad news by issuing it on a Friday. The thinking here is that the two largest circulation dailies — The Wall Street Journal and USA Today — do not have weekend editions. (That will change September 17 with The Journal .) But, more importantly, people are busy on Saturdays. Hence, newspaper readership is down, while local and network TV newscasts are shorter and more sparsely staffed. (A scandal in the sporting world would be the exception.)

So it comes as no surprise to observe The Pentagon issue its damaging report on the defacement of the Koran by U.S. soldiers at Guantanamo after hours tonight (Friday). Of course, this news will be picked up, but its impact clearly minimized. So I ask: will this story build its legs in the blogosphere? Will Newsweek be further vindicated? And will the Arab street be able to distinguish between a Koran that’s been flushed versus one that’s been urinated on? Stay tuned.