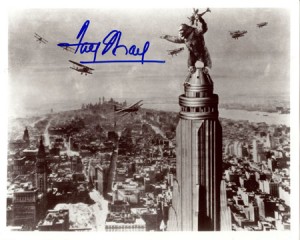 I’ve written about the dangers of excessive hyperbole over a condensed time period, and how a media wallpaper strategy can have negative reputational consequences. Consider the hit Tom Cruise took following his PR machine’s “work” for “War of the Worlds,” etc. Stay tuned for Jennifer Aniston being knocked off the media pedestal from over exposure.

The Newtonian pendulum of good news-bad news does not only affect bold-faced names. Business too is at risk of a fickle media (and public). I remember the media splash-in-the-can that accompanied the launch of the Segway HT, which truly is/was a remarkable piece of technology.
CNET today reports on a lawsuit filed by a Chicago man alleging software glitches in Microsoft’s much-ballyhooed XBOX 360. We had actually gotten wind of this during the game console’s mass launch hysteria last week, but it was quickly overshadowed by news of the console’s sold out status and some favorable critical reviews of its graphics.

PR people are typically paid to garner mass media exposure. Hyperbolic media events, like the one happening today in the city to bolster awareness for the re-make of “King Kong,” have been around since the earliest days of the profession. The challenge in this 24/7 fragmented media environment is to give the promotional object sufficient “legs” to sustain success.