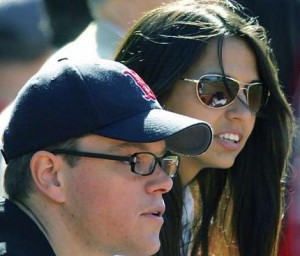 This is probably not how Matt Damon’s press rep, manager and agent envisioned the actor’s wedding announcement, but sure enough, word late today has the star of “Syriana” marrying a bartender he met in Florida. Damon is in New York filming De Niro’s “The Good Shepherd” opposite Angelina Jolie.

In an age when celebrity weddings are the vehicle of choice for B-listers to nudge their way closer to the A-list, Mr. Damon’s nuptials may have the opposite effect. We’ll know in the next few days whether one of the glossy weeklies or TV tabs picked up the tab for its exclusive. Early bets are on US magazine, which broke the story of the engagement in September.