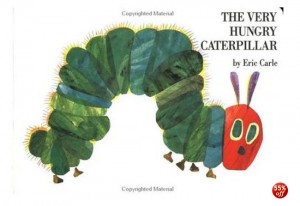 Back in the day, I was working with a bona fide Google competitor. Yes, people, for a brief (very brief) moment of Google’s existence, the Mountain View company did not reign supreme (and we’re not talking Alta Vista or Lycos).

Cambridge, MA-based search engine Northern Light produced the same quality, if not better organic results rankings (though perhaps not as quickly). On many occasions, I encouraged the company to invite search engine czar Danny Sullivan to preside over a cola wars-inspired battle of the search engines…to no avail.

Furthermore, the company was one of the first to champion the idea of indexing content beyond the Web such as periodicals, research papers, legal documents, etc., basically anything in 1’s and 0’s. The sale of that licensed content offered a revenue stream to supplement any advertising dollars flowing into NL’s coffers.

For various reasons, among them the length of its URL, Northern Light didn’t fully weather the dot-com bust. This was in spite of having on staff some super smart, forward-thinking programmers, researchers and taxonomists, all of whom today must be awed by Google’s myriad breakthrough applications that transcend search.

So while Northern Light set out to spider all existing text-driven content — no matter the source — the Googlers weren’t satisfied. They set out on a Herculean effort to index all human knowledge. The company’s servers apparently had limitless storage capacity. They were still hungry. “Bring it on!” they cried.

Blogger was bought, then (finally) upgraded multiplying the amount of content Google could crawl. Then, as if the libraries and book publishing industry’s output wasn’t enough, there was that repository of all things video — $1.6 billion later.

Today, Google announced new, easy-to-use tools for consumers to create Google Map mash-ups that again should significantly expand the amount of content — text, images, and video — that reside within Google’s search index. From The AP:

“Google has tailored its tools for a mass audience, making map mashups as easy to produce as pointing and clicking a computer mouse. The Mountain View-based company is hoping the simplicity will generate millions of highly specialized maps that can be stored in its search index.”

As Business Week asks this week whether Google is too powerful, I was reminded of Sun’s always quotable former CEO Scott McNealy’s metaphor for a then too powerful Microsoft. He began (I paraphrase): “Imagine if you owned the alphabet and had the ability to add or take way letters on a whim…” Me thinks Google won’t be satisfied with owning just the alphabet.