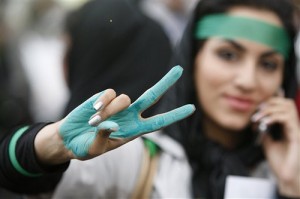 Is it cool to leverage an unfolding human tragedy to promote one’s product or service? That’s the question a Valleywag reporter posed in his “Flackery” column late yesterday.

Apparently, an Israeli-based mobile communications platform that links SMS, IM and Twitter into one seamless interconnected content-sharing app called fring is publicizing its use by the Persian protesters who are risking their lives daily to exercise some semblance of the First Amendment:

“The internet calling startup has enjoyed back-to-back coverage on Sky TV News and on Al Jazeera English, and that’s probably not luck: The company’s flacks distributed a press release about heavier Fring usage in Iran; they’ve also been working the press on Twitter.”

“Iâ€™m writing to let you know that there are some interesting news coming out of Sky News related to fring. Following the outbreak of protests in Iran and the communication restrictions imposed upon citizens there, fringâ€™s been seeing a steep rise in traffic coming from Iran in the last couple of days, with thousands of local Iranians using fring to talk (using mobile VoIP), chat, send pictures to friends and family (inside Iran and abroad).”

It can be a dicey proposition to tie one’s client to human hardship in the news, even if the client purportedly provides relief to those in pain. In the aftermath of 9/11, some had valid reasons to draw attention to their services – at least those offering respite to victims, e.g., the Red Cross. Others clearly didn’t.

I don’t see many castigating Twitter for the audacious media coverage it has engendered around #IranElection. Perhaps it’s the organic way Twitter was thrust into the headlines or the fact that we don’t see Twitter’s PR team — do they even have one? — priming the PR pump. Or maybe it’s because Twitter fills a vital communications void and doesn’t stand to profit from its enhanced public prominence…yet.