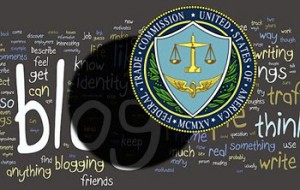 Silicon Valley Watcher‘s Tom Foremski has made a sport out of scrutinizing the PR profession these last few years (often with good reason).

Yesterday, he raised a provocative question from which one might infer more disrespect for our perennially beleaguered profession:

What are the implications when PR pros, who’ve built large online followings, use their new digital spheres of influence to advocate for clients?

He cites Todd Defren, Steve Rubel and Brian Solis, with their five figures of followers apiece, as prime examples of practitioners whose authority may exceed that of the very journalists they seek to sway. To his credit, Foremski also takes his reporter colleagues to task for their slow digital uptake (Brian Stelter and David Pogue notwithstanding). He concludes:

“The PR people could post the stories themselves and pitch them to their already large communities and get a far higher readership! But, the problem they face is that this would be a “pay per post” type scenario and they would lose credibility very quickly. Also, having someone else write a story about your client, on a third-party site, where there has been no exchange of money, conveys far higher value to the story. That’s the paradox of PR peoples’ large, personal media footprint — they can’t use their own access to large numbers of people to promote their clients.”

From my perspective, this is exactly what these forward-thinking PR pros and others like Ford’s Scott Monty and Comcast’s Frank Eliason should be doing: building their digital footprints.

Don’t misunderstand me. Pitching story ideas to influential journalists remains a core PR competency, but the atomized media landscape demands other, more scalable (and some believe controllable) means for influencing the conversation. It’s what recently prompted 35 prestigious universities to recently band together to create their own digital wire service for science news.

As for whether blogging and tweeting PR pro should be trusted, I raised that question years ago when I asked burgeoning blogger Steve Rubel whether he considered himself a “…PR guy or journalist?

I mean if 35,000 people follow Michelle Malkin, what’s so bad about a PR pro taking the reigns over his client or employer’s message? And even if PR pros gain meaningful followings, won’t the digital court of public opinion ultimately determine his or her credibility (and virality)? If not, then maybe, just maybe, the FTC will intercede.