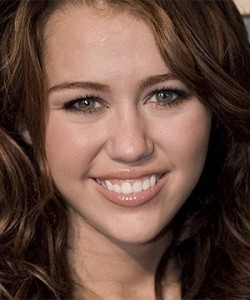 When we last visited Montana, the excursion traversed the career gaffe her handlers made in allowing their youthful charge to succumb to the allure of a racy Annie Leibovitz photo shoot for Vanity Fair.

Boy did Miley Cyrus ever pay the price! Soon thereafter, Disney seemed to toss aside its unfathomably popular child star and puts its marketing muscle behind its next anointed one, Selena Gomez.

Not to be counted down for the count, Ms. Cyrus’s handlers determined that a free outdoor concert smack in the middle of the media capital of the world was just the ticket to adulthood.

The coverage of this week’s event, which included a fab spot on Disney-owned GMA, was over the top…just in time for her new album.

Anyway, I couldn’t resist offering some commentary on the hard-edged celebrity publicist slaving away to Ms. Cyrus on the streets of NYC as a schwag porter who appears to relish her role scowling at the paparazzi and fans.

To Ms. Cyrus’s publicist I ask: do you really want to help your client? First smile, then cajole her to stop for five minutes to sign a couple of fan autographs. And if you think this humanizing gesture is below a 15-year-old, then try to explain the new (natural) movie role that Ms. Cyrus is trumored to be considering.