A couple of years after ProfNet’s 1992 debut, founder Dan Forbush (below) decided to expand his service’s universe of users to the agency side of the PR spectrum. I remember talking to Dan at the time, and soon after, convincing my firm to subscribe to what grew into a veritable “killer ap” for the profession. 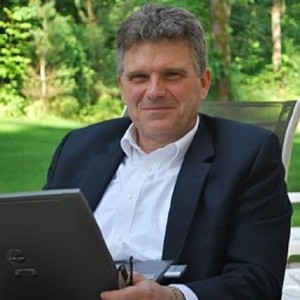 ProfNet had previously only allowed PR pros from academia to access the daily batches of reporter queries seeking “experts” to interview. Some 600 colleges and universities ultimately signed up for the pioneering, crowd-sourcing tool that efficiently served the needs of both PR pros and journalists.

Where else could the profession glean details for actual stories in the works without plying his or her media contacts?

For some lazy PR peeps, however, ProfNet became a crutch. It almost obsoleted the “relations” piece of the media relations equation. They relied on ProfNet as their primary reservoir for enterprising story ops for clients. (Bad move.)

Today, the PR world is all a twitter over Peter Shankman’s free, ad-supported service he aptly calls “Help a Reporter Out.” Much of HARO’s success is derived from its cost (free) and Mr. Shankman’s promise to boot any abusers of his service, i.e., PR spammers. Reporters liked the sanctity of that and signed on. (Horse-cart) The HARO website reads:

This is really the only thing I ask: By joining this list, just promise me and yourself that you’ll ask yourself before you send a response: Is this response really on target? Is this response really going to help the journalist, or is this just a BS way for me to get my client in front of the reporter? If you have to think for more than three seconds, chances are, you shouldn’t send the response.

Now here is where I have a question (which I posed to Peter and am awaiting his reply). 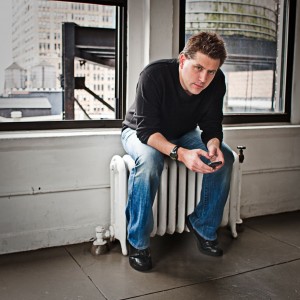 HARO now boasts in excess of 100,000 subscribers, which is good for his advertisers, and perhaps for the prospect of journalists discovering relevant sources. Yet, HARO’s users increasingly come from outside the PR world and I wonder whether this really is such a good thing.

Today I stumbled across this adulatory post from a Mom entrepreneur calling on her entrepreneurial brethren to jump on the HARO bandwagon:

“You can join and receive the daily emails and you can also join and pitch yourself as a source if you are looking for a story. Oh, and it is FREE.”

Does a bigger crowd always translate into better results for journalists? If HARO promises reporters a no-spam zone, how can a service whose doors are open to pretty much anyone protect against such abuse? (Some reporters may argue that it can’t get any worse that it already is — with just PR pros.) Another like-minded free service called Reporter’s Source doesn’t discriminate either.

Profnet, on the other hand, continues to offer its journalist-users a predominantly PR crowd from which to find experts, mostly because it’s a premium (i.e., expensive) service. Doesn’t a filtered PR crowd serve journalists’ editorial needs better and more efficiently than Moms and Pops? I suppose the answer depends on what the journalist seeks.

I also wonder whether HARO has ever booted anyone from the service, and if so, whether they hailed from the PR or lay side of its user base?

Update (9/3) — HARO founder Peter Shankman offers his perspective in the comments section of this post. Here’s a snippet: “We don’t consider Profnet to be our competition! Profnet is for the PR person, the agency that can spread the cost out over 20 clients. The key reason we’ve grown as fast as we have, is because we’re for the every-man. We’re a company that helps small businesses (which make up 99.7% of the economy) showcase themselves to reporters, to other companies, and to the world. In addition, we help them build their brand through a host of ways. We do much, much more than Profnet. We’re a different company, with a different focus. The comparison really isn’t there anymore.”

Update2 (9/3) – Profnet Director of News Operations Maria Perez also weighs in via a comment following the post. Here’s a snippet: “I saw Mr. Shankman’s response that HARO and ProfNet are not really competitors, and I have to say I agree. While both services connect journalists with expert sources, ProfNet is much more than just queries.

For example, ProfNet has a searchable Experts Database with hundreds of thousands of experts available to talk to reporters… As for queries, we are also the only service that provides members with filtering options, allowing members to receive queries only in specific industries. So if someone is only interested in getting health queries, they can. They can also choose how often they want to receive queries — every 30 minutes, every hour, two hours, six hours, 12 hours or once a day.”