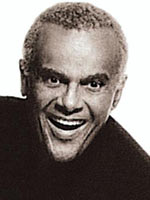 Kanye West endured his share of headaches following his nationally televised speech in which he more or less called President Bush a racist for the Feds’ inaction and ineptness as New Orleans drowned. Now expect the outspoken American icon and U.N. goodwill ambassador Harry Belafonte to suffer similar indignities for calling the U.S. President “the greatest terrorist in the world” as he stood alongside Mr. Bush’s nemesis, Venezuelan president Hugo Chavez.

As for Mr. Chavez, the increasingly influential socialist leader mounted his own U.S. image-boosting PR coup last month by offering discounted home heating oil to needy Bostonians. On Friday, the program was extended to native Americans in Maine. Unlike the photo ops and double-speak that count as good PR nowadays, these programs actually have teeth that accrue to Mr. Chavez’s reputation. They aren’t primarily smokescreens.

Do you think Mr. Belafonte would risk his career — well, at 78, maybe I should say his legacy — had Mr. Chavez not covered him with the U.S. home heating initiative? I wonder. Perhaps he’ll thrive in the same way George C. Scott did after having refused to accept an Oscar for portraying WW II warrior Patton?