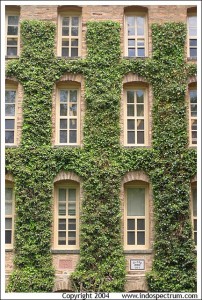 Start with Yahoo and Google, and go from there. This seems to be the recipe cooked up by 35 of the nation’s most prestigious universities in an effort to re-exert their influence over the science news that percolates in the public domain.

Specifically, the MercNews reports, these universities have banded together to form and sustain a web site and “wire service” called Futurity.org.

The plan was mostly necessitated by the drastically reduced news hole and number of mainstream beat reporters covering science news.

“Whereas 20 years ago nearly 150 U.S. newspapers had a science section, today fewer than 20 do, and those are often dominated by health and lifestyle coverage. Reporters covering medicine, space and environmental issues have taken buyouts or been laid off across the nation. In December, for example, CNN eliminated its entire science and technology team. In February The Boston Globe closed its science section, an action the Mercury News and San Francisco Chronicle had taken several years earlier.”

In a recent post, this blogger noted that ProfNet, the original crowd-sourced service for journalists to quickly identify experts, started with a closed universe from academia. The thinking then, and thinking now, presupposes that universities provide journalists with a greater degree of editorial “reliability,” versus, I suppose, those charlatans from private industry. Still, skepticism abounds:

“Any information is better than no information,” said Charlie Petit, a former science reporter at U.S. News & World Report and the San Francisco Chronicle. “The quality of research university news releases is quite high. They are rather reliable,” he added. “But they are completely absent any skepticism or investigative side.”

Cristine Russell, a former Washington Post science reporter who is president of the Council for the Advancement of Science Writing, weighs in:

“This can be a really good source of information for students and others who are looking for information. But it does not replace the independent news media.”

Personally, I think Futurity is a very smart and timely move that may not win a ringing endorsement from a Darwinian depleted species of traditional science reporters, but has the ability to bring credible science news and research directly to the public. And what’s wrong with that?