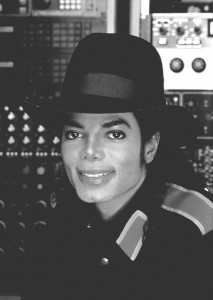 “I can confirm that he is in the United States,â€ spokeswoman Raymone Bain said. â€œWe donâ€™t give out information regarding our clientâ€™s whereabouts because of safety, and this is just an ongoing policy.”

Gee. I though the gloved one canned Ms. Bain??? I guess not. She’s probably working for expenses, not to mention the joys of celebrity kharma.

At the time of his infamous acquittal, I posted a PR game plan for Mr. Jackson that called for a period of laying low, followed by an earnest rededication to his craft. He’s done the former, sort of, and now appears ready to re-emerge on our proverbial shores.

I just fail to see the wisdom of trading on his infamy (I mean celebrity) with his Japanese fans (who never left him) at $3300 a pop. Yesterday’s carefully controlled media conference call (how 90’s!) is likely the first salvo from his PR team.

However incongruous, I thought of yesterday’s post by Times personal tech columnist David Pogue in which he chastised Microsoft’s PR team for “bribing bloggers, fabricating reviews and making up letters to the editor makes the company look worse, not better.”

The appearance of PR manipulation will almost always backfire in the court of public opinion. As Mr. Pogue concluded: “If Microsoft really wants to earn high marks from the public, it might want to consider earning them the old-fashioned way: By creating products people love.”

Michael, focus on your new, web-delivered record, and support it with live performances. (I know what a perfectionist you are. Remember, delivering the Pepsi Super Bowl spot…the night before the game?)

If your Black-Eyed Pea collaborator Will.I.Am is right (“Michael is the one act who doesn’t need a record label. He can do it all through social networking sites.”), you might just stand a chance. Just ask Mel and Martha.