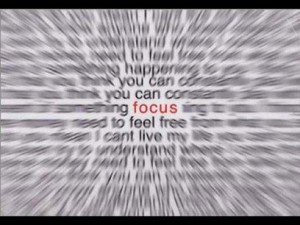 I have nothing personal against Vocus. It’s all professional. First, I should say that I’m not a subscriber to this media database management, distribution and monitoring company. I have been known to disseminate a release or two via PR Web, which happens to be owned by Vocus.

I should also disclose that I co-developed with a Vocus competitor the PR search application MatchPoint that helps media relations pros find the most editorially appropriate journalist or blogger for their story queries. (It’s based on a journalist’s cumulative body of work, not title or reported beat.)

Nevertheless, Vocus does impact my life, and the lives of many of my readers – for good and bad.

Pure and simple: the automation of media outreach leads to PR spam. How embarrassing was it when The New York Times‘s Saul Hansell, sitting alongside his bold-faced named colleagues Andrew Ross Sorkin and Tara Parker Pope on a panel I recently moderated at the Media Relations Summit, actually called out Vocus as a prime purveyor of PR spam before an audience of 500+ PR pros (including the company’s sales reps)?

Then today, that meme resurfaced on everyone’s favorite microblogging service with some choice tweets by Vindu Goel, deputy technology editor for The Times. Here’s the Tweet scan in reverse chronological order. (Goel’s colleague at The Times, ad reporter Stephanie Clifford, also twimed in.):

VinduGoel Fellow journalists, @vocuspr agreed to remove me from their database. Do speak up if you find you are being spammed by their clients.
2 minutes ago from web

stephcliff @vindugoel Me too on Vocus. It’s equivalent to spam.
6 minutes ago from web

VinduGoel @kpiper When I unsubscribe, I get sent to a Vocus site. Trying to figure out why so many Vocus users essentially send spam.
12 minutes ago from web

VinduGoel On Vocus — do they sell the e-mail contact lists also? I get more inappropriate pitches through Vocus than any other way.
17 minutes ago from web

VinduGoel To all you PR folks out there: Does anyone use VocusPR’s software to send releases to journalists?
42 minutes ago from web

As I said, Vocus has some really good products. I especially like the breadth and functionality of its media monitoring product. Still, when journalists cast the PR profession as nothing more than a bunch of spammers, you can be sure that the cloaked, mass-distributed news releases and pitch letters via Vocus to reporters of inexact title played some role in the characterization.

Oops. I just received my weekly email pitch from The Entertainment Technology Center at the University of Southern California. It is “making available a primer that details the concepts and terms related to 3D movie viewing.” I guess Vocus learned that I worked on Diet Coke’s 3D Super Bowl promotion back in the 80’s. Doubtful.