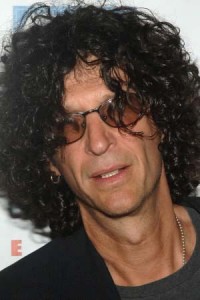 In what was likely the most hyped media story of the last year, Howard Stern’s move to Sirius was heralded as the coming of age for satellite radio. Of course, that was before Mr. Stern’s over-sized ego finally strut its stuff.

Rumors now abound that the original shock jock (sorry Imus) is not satisfied with his relatively smaller audience and lower Google juice. He is said to be in talks with a couple of local New York terrestrial stations to begin re-broadcasting his puerile show. Huh? Did I hear terrestrial???

With all of Mr. Stern’s trash-talking of terrestrial at the time of his big move, could it be that he may once again be heard on the free radio dial? Could Stern pal and Sirius president Mel Karmazin be in on the deal? Of course, Mr. Stern blames all his woes on a vast PR conspiracy:

“Terrestrial radio is so scared of this broadcast that they’ve even hired a full-time publicist to slander and disparage me and try to make me look like a failure,” Stern told Sirius listeners last week.

That’s right, Howard. Blame some publicist. We’re used to it. I just wonder whether your move back to terrestrial will swing the pendulum of fans with you…especially after The Times just wrote the death knell for old fashioned radio. But then again, there’s Pandora, Last FM, etc on the horizon. Stay tuned to your dials or iPods or cell phones or satellite dishes or whatever.

“There has never been any discussion of Howard Stern in any way, shape, or form being anything but exclusive to Sirius. Published reports suggesting otherwise are wrong,” said Sirius spokesman Patrick Reilly. Stern’s agent was not immediately available for comment.