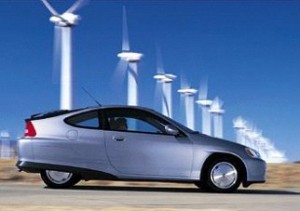 A running theme in this blog revolves around the growing tension between top-down control of news by a company or institution and the forces that advocate a more democratic means of interacting with one’s constituencies.

Citizen journalist evangelist Dan Gillmor, writing in the current issue of PR Week, takes Apple’s communications department to task for its heavy-handed PR approach to the recent Macworld Conference. In his column, titled “Apple’s control of information is a disservice to journalism,” Mr Gillmor opines:

“The “Big Announcement” strikes me as an increasingly irrelevant tactic. There are times when it’s still a sensible idea, such as when a company is telling the world about something truly game-changing… By trying (and largely succeeding) to control every iota of information, Apple ultimately does itself no favors.”

So when is it “sensible” (to use Mr. Gillmor’s term) to mount a “big,” controlled approach? Is there room in the PR person’s toolbox for both a participatory, grassroots mode and the tried-and-true top-down strategy for making news or managing the message? What does the hybrid look like? Let me first finish Scoble and Israel’s Naked Conversations and I’ll hopefully have more on this vexing PR issue.