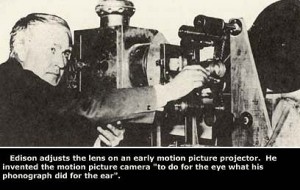 I had the pleasure of sitting between master blogger Steve Rubel and master vlogger Andy Plesser on a panel this morning moderated by PR Week editor Julia Hood. Steve, who said he’s very happy at Edelman, patiently shared his vision. Here is some of what I heard him say (with my comments below):

One day everyone will get their news and info via RSS.

If only my mother can get her RSS aggregator to work!

The paid wire services are “dead men walking” and will eventually disappear.

In checking on the number of releases posted on PR Newswire and BusinessWire every minute, I’m not sure those enterprises would agree with that assessment.

Blogging is just a very small part of the social media phenomenon. Virtual communities, e.g., Second Life and others, are ascendant and will soon be the next force to be reckoned with.

I saw the Harvard Business Review story too. All I can say to those avatars: Get a first life!

It was good hearing the latest from the low-key, but evangelical driver of the me2revolution. Steve deserves much credit for keeping (us) abreast of the digi-trends and tools that are irrevocably changing the practice of PR.

To my right sat Andy Plesser whose Beet.TV has garnered considerable attention of late. It was featured on typepad.com’s home page just yesterday. Andy couldn’t have been more effusive on the increasingly vital role digital video will play in the communications mix.

Andy ended the session by rallying the audience of university PR and development people to embrace this burgeoning online medium. In fact, we all agreed that this audience would derive particular benefit by encouraging its students (and faculty) to join the conversation.

Following the panel, Andy and I sauntered over to another floor of the Marriott Marquis to hear Brad Inman, CEO of turnhere.com, play out some of his company’s work and also tout digital video as the medium of choice for marketers, communicators or anyone else hoping to use the Internet to build awareness for a product or service.

Brad’s site is well organized and his company has hundreds of indy and video news producers on staff or on-call. He didn’t, however, answer my question about the “distribution and marketing” (for an added charge) of the videos he produces. Obviously the videos are tagged and RSS-enabled so that they can pull people to his site. But does Turnhere push its video out to affinity sites, and if so, how does that work?

Brad did let on that TurnHere has deals with about.com and the Newsmarket, though he was unclear about how The Newsmarket’s unique business model gibes with his. Finally, he turned us on to a couple of cool video-driven New York sites: Code.tv and Savory New York. These alone would have made the ride on the hotel’s arcane elevator bank worth it.