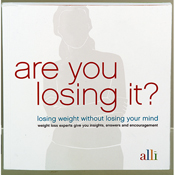 So, Debbie, I’ll post a comment about GSK’s new FDA-approved OTC weight-loss drug, if you send me a few samples. I can stand to lose a few.

Seriously, a debate is a-brewing over Ms. Weil’s call in her popular blog for consumers to post comments on the drug’s nascent website.

Apparently for some chroniclers of blogging ethics, it wasn’t enough for Ms. Weil to disclose that she was on GSK’s payroll: “Full disclosure: I’m working with GSK on the blog. And this was my idea to ask for Comments.”

It’s a worthwhile debate. Here are links to some of participants:

Of course all the added scrutiny prompted a follow-up post from Ms. Weil aptly titled “Using the backchannel of email to invite Comments on your blog.”

Privately, several of us in the Social Media Collective have been debating the ethics of blogging consultants using their Google Authority to promote a client’s product or service — even with full disclosure. It was prompted by one member’s questions:

“Is Weil over-stepping? Abusing her power in the blogosphere for commercial gain on behalf of her clients, or simply just doing her job?”

Another had this to say:

The problem I’ve always had with PR led blogging is that I can ‘smell’ the whiff of blatant opportunism and what I sense is a cynical disregard for truth seeking, collaboration etc. I care less what PR does but I do wish it would not come over with the holier than thou crap so many try and hoodwink folk with – worse still, as in this case, wholly misleading clients into a ready made shitstorm.”

The debate continues, but I added my three cents:

I wonder what the reaction might have been if the call for online comments originated instead from a GSK-domain, e.g., a GSK employee blogger. Would the corporate blogger be held to the same journalistic scrutiny/contempt as did this outside consultant? Isn’t Debbie just an extension of her client?

Frankly, I suspect that many companies, whose own blogs lack Google Authority, might even retain an A-list consultant/bogger with the hope of being mentioned.

In an early (May 2005) blog post, I raised the issue of “citizen journalist versus PR person” when the Micropersuader touted one of his firm’s clients on his blog.

Some two years later, this journalistic conundrum just doesn’t seem as pressing, given all the other more prominent transgressions we’re seeing from the 4th estate. I mean even John Battelle used his vaunted editorial space to promote a commercial slogan from one of his big corporate sponsors.

BTW, he also took some serious lumps for doing so.