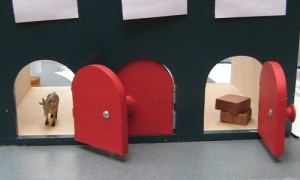 Two weeks ago, a client issued a news release nationally on Business Wire. Two days ago, a colleague sent me an effusive email containing a list of links to reputable web sites that posted the release verbatim.

I ask myself: do these even count as “placements” or “earned media” as they are sometimes called? Charles Cooper, writing for CNET’s “Coop’s Corner,” today points out what most of us already know: the lines between pure editorial content and corporate content have blurred. He writes:

“During the course of any 24-hour news cycle, PR releases often rank higher on news aggregation pages like TechMeme than do professionally reported articles or blog items. I began noticing the shift about a year ago and it’s only becoming more pronounced.”

I’m reminded of the irrational exuberance displayed by those dastardly dot-commers when their fledgling companies’ news releases actually moved on PR Newswire or Business Wire. “Now this is PR-ogress!” many of them boasted.

As I contemplate the current magnetic state of the news release, I’m wondering whether my incredulity over their misguided excitement was well, also misguided. BusinessWire’s Laura Sturaitis rationalizes her company’s efforts to re-make the news release into a kind of conversation door-opener:

“This is stuff that people like to read online,” she said. “We’re not talking about the content, but the format…so the page becomes a portal or mini-Web page to other kinds of information. This is a new way to tell a story.”

Or as “Coop” astutely observes:

“The company is not the final word. Instead, it’s the start of a [sic] ongoing conversation. I can’t speak for most of you but I think we can agree that the more voices, the better.”

Update 4.22: Clickable’s Max Kalehoff takes the conversation a step further with this post.