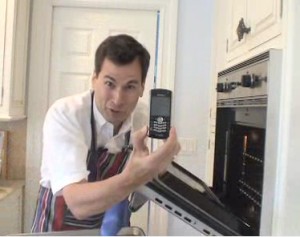 Do you think Todd Defren will ever break free from his character in Seinfeld to assert his broader industry wherewithal? I do. Defren, best known for getting PR tongues-a-wagging with his social media news release, is more versatile than the SMNR-saddled character with which he’s most closely associated.

In his blog post today, Todd astutely derides firms for isolating their social media practice from the rank and file.

“I think it’s a mistake to separate your so-called Social Media specialists from the rest of your agency PR staffers. If anything it is more critical than ever for our industry to hve a holistic perspective on the ever-more incestuous interplay of Social Media and Mainstream media.“

In fact, at a recent industry conference, I was told that the firm mainly credited with turbo-charging the social media revolution actually has many naysayers within its ranks (i.e., “the majority”). “There are two camps,” it was explained. “Some buy into it, others reject it outright. It’s a real war.”

From a media perspective, however, there’s no denying the “incestuous interplay” to which Todd alludes. Nicco Mele, Howard Dean’s former digital media strategist who clients currently include Rosie (we forgive him) and others hoping to build a digital voice, recently quipped that one day there will be no dominant media brands — just thousand, millions of specialty outlets appealing to every possible interest.

So while the mainstream media grows increasingly agnostic about the medium(s) in which their content is accessed, a myriad new voices sprout every day seeking discovery (and self-aggrandizing) attention. As for the current practice of dividing PR people into two distinct camps — traditionalists and new media specialists — those days will (should) soon be over.