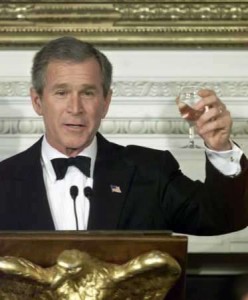 I was on vacation back in February when I started to pen an item on President Bush’s ill-fated decision to support the takeover of America’s largest ports by a company based in Dubai. The item never was posted because my blogging consigliere Jeremy Pepper advised me to relax and enjoy my week off. The item started like this:

Like it or not, many clients still measure a PR pro’s stature by the number of editors, producers and reporters in his or her Rolodex, Treo or Outlook address book. Too few recognize that the quality of the story, not the quality of the relationship, will almost always determine its prospects for pick-up.

The most seasoned PR pros, however, have honed their instincts to know how a piece of news will play out — for better or worse. In looking at President Bush’s steadfast support for an Arab company taking over six U.S. ports, many in our profession immediately recognized its inherent folly:

“This is a private transaction,” said Bush, speaking to reporters gathered on the White House lawn. “This transaction does not jeopardize in any way the security of the country. People who are responsible in the government have reviewed this transaction. This transaction should go forward, in my judgment.”

My PR instincts tell me this deal is doomed to failure. Even Sen. Frist has qualms with it. Ironically, the Administration’s consistent use of terrorist alerts to keep Americans on edge (and presumably politically supportive) actually work against it in this situation.

Ultimately, the public uproar over this deal caused it to fall through big time. It was then that I began to seriously question the fabled wisdom of those advising Mr. Bush. How could they not recognize how dopey this idea was?

Flash forward to today when we learn that Mr. Bush has approved a second Dubai company to take over some U.S. manufacturing facilities, including those that produce parts for U.S. fighter jets.

Am I dreaming here? What are they thinking (drinking?) at 1600 Pensylvania Avenue???