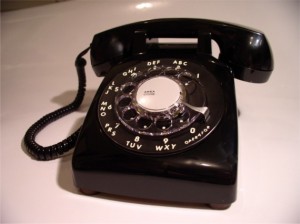 Over the years, Apple has used its legendary Macworld Shows to fan Mac fan speculation on the next big thing from the Cupertino creatives. With Macworld still three weeks away, the hyperbole surrounding the long-awaited iPhone unveil is deafening. Why not ambush the speculators and do it the other side of this weekend!?

Now let’s say you’re tooling in the PR department at Apple, and Mr. Jobs plugs you in with news of the iPhone and the directive to create advance WOM…but without divulging the product’s specs. Who ya gonna call? Ghostbusters? Nahhh. MacUser. Nooooo.

Gizmodo? Sure. You give Brian Lam a prototype of the phone and permission to say he’s seen it, but nothing else. Now you’re Brian Lam, and you know you’re being used, but then again, you never went to J School, and who really cares? YOU’RE THE FIRST GADGET GUY TO SEE THE iPHONE.

No brainer here. You take whatever license you’re given:

Gizmodo Knows: iPhone Will be Announced on Monday
I guarantee it. It isn’t what I expected at all. And I’ve already said too much. — BRIAN LAM