When influential chronicler of all things politics Ben Smith announced his decision to leave Politico to edit Jonah Peretti‘s ascendent BuzzFeed blog, the Twittersphere was all abuzz with congratulatory words. After all, Mr. Smith had amassed some 60,000 followers on Twitter during his time at Politico. 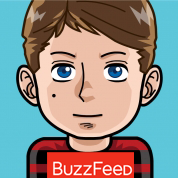 As one of his followers, I tweeted both warm wishes and an observation:

@PeterHimler “I guess @benpolitico will need a new Twitter handle.”

The question of who owns one’s Twitter handle (and its followers) has been around since the earliest days of the real-time social and news channel.

I remember asking Ford’s social media chief Scott Monty, with his then 20,000 followers, about it back in May 2009:

@Scott Monty Tell @peterhimler that it’s no different than when the Ford CEO leaves. #mrs09 about 20 hours ago from TwitterBerry

@PeterHimler But are you followers transferable? about 18 hours ago from Power Twitter

One would be hard-pressed to find a marketing executive or reputation manager who hasn’t lamented the loss of a staffer with a large Twitter following. We’ve seen it with brands as diverse as The New York Times, Coach and Comcast. Yet some still question the value of a sizable Twitter following. A PR/marketing guy from Philly named Eric Fischgrund commented on a recent post of mine:

Perhaps, but when the news stories one’s Twitter friends tweet form the basis of our daily media consumption, the value of Twitter grows exponentially. Who hasn’t noticed the tablet-driven boom in what I call “personalized social news gators?” They have names like News.me, Storyful, Google Currents, Pulse, Zite and Livestand, to name a few.  But that’s a discussion for another day.

Let’s talk about portability of one’s Twitter handle. I mean if the wireless companies permit subscribers to migrate their phone numbers to new providers… (Oh, right. The government had to intercede.) On the other side of the coin, many corporate Twitter stars have built their personal brands by leveraging the brand equity of their employers.

On Christmas Day, The New York Times reported on a lawsuit between a company and one of its highly influential employees who departed, absconding with his 17K+ Twitter followers in the process. Here’s what reporter John Biggs (9991 followers, 3171 following) wrote:

“…in a world where social mediaâ€™s influence can mean the difference between a lucrative sale and another fruitless cold call, social media accounts at companies have taken on added significance.”

Noah Kravitz’s employer PhoneDog Media is suing Mr. Kravitz alleging that his followers are actually customers. Here’s how one intellectual property lawyer in New York summed it up:

“This will establish precedent in the online world, as it relates to ownership of social media accounts,” said Henry J. Cittone, a lawyer in New York who litigates intellectual property disputes. â€œWeâ€™ve actually been waiting to see such a case as many of our clients are concerned about the ownership of social media accounts vis-Ã¡-vis their branding.”

“‘Itâ€™s a terrible thing to say you have to leave your Twitter followers behind,’ he said, talking specifically about media companies that may employ popular Twitter writers. ‘It sends a terrible signal to reporters and journalists who care about this, and this will make it less attractive to recruit the next round of people.’

He said that many industries had policies that required sales staff to leave their Rolodexes behind, but that these policies were as relevant to social media as Rolodexes are to the modern office. After all, social media accounts are, almost by definition, personal.”

We’ll be keeping an eye on the lawsuit. Until then, please note that my pal Scott Monty now has some 64,000 followers on Twitter and is listed in nearly 22,000 circles on Google+.

BuzzFeed’s Jonah Peretti and Ben Smith would combine to influence 72,000+ followers — that is if Mr. Smith can somehow maneuver those followers to his new gig.  Even if he doesn’t, BuzzFeed is in the enviable position of having nearly 52,000 Twitter followers of its own.