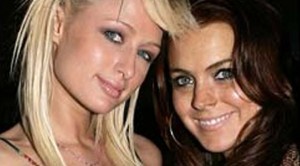 How many times have we seen some corporate bigwig get skewered in the media when a gross distortion suddenly turns up in his or her CV? Also, wouldn’t most reputable PR firms resign a piece of business if it were learned that the client knowingly misled or lied?

These thoughts recently crossed my mind when I saw a piece quoting the next-gen mogul Paris Hilton declaring:

“‘Iâ€™m not having sex for a year. … Iâ€™ll kiss, but nothing else,’ says Hilton, who told the magazine she has had sex with only two men during her lifetime.” Huh??? (This must be a typo.)

I wonder if her publicist would consider this brand of poetic license grounds to resign her business? Or could this be part of a grander scheme by the high-profile priestess to lie her way to the top of the celebrity-o-meter?

I think there may be some credence in the latter theory after seeing her kindred spirit Lindsay Lohan quoted in the Post today:

“The busty ‘Herby: Fully Loaded’ star also insists to the mag that she’s never had plastic surgery, nor does she snort cocaine. But the loquacious Long Island native admits she often tells the press ‘things that aren’t true . . . just because it’s fun.'”

File this one under “Clients from Hell.”