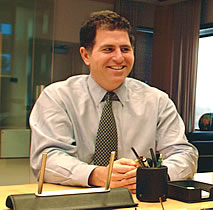 So Bill, tell us what you really think about PR people!

Rather than just link to his caustic take on PR professionals, I thought Chief Executive editor Bill Holstein’s jaded observations (March 28 issue) merited a full re-post…and perhaps a little soul searching on our part. (Thanks to Kathleen Hatfield for the lead and belatedly to Phil Gomes and to Flackette’s Marie Williams for jumping on this early):

There’s a huge gulf between chief executive officers and their public relations people, whether on staff or at an outside agency. The vast majority of CEOs don’t understand what PR people actually do. As a business journalist, I’m now going to spill the beans.

No. 1: PR people don’t like to talk to the media. When we call them, we usually get the runaround. The worst one is the voice mail message that goes like this: Hi, it’s John Q. Flack. I’m not here right now, but your call is very important to me. For immediate assistance, dial 456 to reach Michele. Only when you dial Michele, she’s not there, either. The reporter leaves a message. No one calls back. That can go on for days.

No. 2: Top PR people hire children, the little Jasons and Jennifers, as we call them, to do most of the talking with reporters. They don’t know anything, which usually irritates the reporter. But if something goes wrong in how a reporter covers your organization and you get angry, the children can be sacrificed. The SVPs and EVPs for Corporate Communications evade all responsibility. It’s called job security.

No. 3: PR people go on so many offsite training sessions because they want to hide from both senior management and the media at the same time. It’s their only escape from the crossfire. They feel safe when they’re together.

No. 4: PR people don’t really understand your business. If they did, they wouldn’t be PR people.

No. 5: PR people waste a lot of time and money. One of their favorite pastimes is calling up reporters and asking them a bunch of questions so that they can “update our database” or “update our mailing list.” We journalists don’t want to be in those databases or on those mailing lists. We’re already so overwhelmed with junk emails that many journalists have dummy email accounts where they direct all communications from PR people. And they never check those accounts.

No. 6: When you tell your PR people to put out a press release, they”ll do it, of course. But the vast majority of press releases are awful. Editors and journalists don’t want to see them. It may actually hurt you more than help you. Here’s the lead of the worst one we at Chief Executive have received lately:

Got that? I rest my case.

What are your thoughts?

Email him at bholstein@chiefexecutive.net or post your comments here. I will forward them, as appropriate, en masse. (Maybe we can wipe that smile off his face? He certainly has wiped the one off mine.)