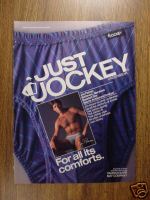 Yes, this Administration has every reason to be concerned over the leaked photos of Saddam Hussein in his skivvies that graced the cover of The Sun in the UK and today’s New York Post. They make him look human! (He wears briefs, btw.) The surprise release of these intimate images comes on the heals of news that the evil dictator is penning his memoirs — another humanizing endeavor. It’s unclear to me who’s driving Mr. Hussein’s re-emergence, but it most certainly won’t hurt him in the court of public opinion prior to his real trial. Of course, if Mr. Hussein turns out to be as abrasive and recalcitrant as Mr. Milisovic, then appearing in his underwear will make no difference.