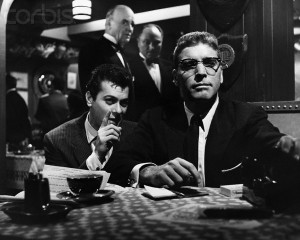 Not that Jossip is the arbiter of what’s real nowadays — in spite of it being a snarkily fun read — but I couldn’t help but notice its antagonistic (if not anachronistic) view of the PR profession.

In a post titled “J-School to Public Relations: Selling Out or Buying In?,” the Gawker/Defamer wannabe castigated any self-respecting journalist for abandoning the quest for gainful employment in the shrinking 4th estate:

“Or might you use your powers for evil instead of good, and turn to the dark forces of public relations work? For the recently graduated and unemployed masses of journalists, the siren call of flackdom may be too sweet to ignore this time around.”

It’s pretty easy to shit on PR people given the transgressions of so many in our profession, especially in the area of media relations. However, a fresh look at some of the companies leading our industry into the 21st century would reveal a defiance of the old school, top-down, command-and-control ways. How much more can be said about Ford, Comcast, Pepsi and Dell – just a few of the thought-leading enterprises that have embraced dialogue and transparency?

The Jossip post clings to an outdated notion of our profession, and even posts a picture of Madonna and her long-time PR person Liz Rosenberg, taken, it seems, when Madonna was still like a virgin:

“The problem, of course, is that PR represents all that is despised by the press: duplicity, glad-handing and vague comments about their clients that shield that nugget of truth every journalist works to find. (In the newsroom, the word “flack” can be just as dirty as “fuck,” if not worse.)”

I suppose some of this remains valid (a vestige of the previous Administration), but the times are definitely a-changing. Even former MSNBC’er Dan Abrams has jumped into the PR biz in a reformative endeavor driven by former (i.e., out-of-work) journalists. I’m not convinced Abrams & co. adhere to Jossip’s presumption that:

“When things get better, maybe you’ll have enough saved up that you can pick and choose jobs that you ethically agree with, but now is not that time.”

As for Jossip’s own orientation, didn’t I see a tweet from former HuffPost media editor Rachel Sklar (an Abrams associate) in which she quoted Tina Brown as saying “”I’m very hostile to snark, I think it’s [sic] days are over…I prefer wit”” Maybe it’s time for Jossip to freshen up its act?