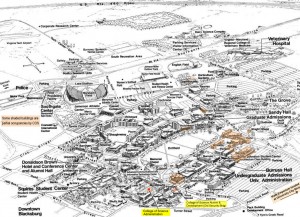 The sobering news emanating from newspaperdom last week sparked new speculation on the future vitality of that medium. Profits were down (again), and online ad revenue, while growing impressively, just doesn’t seem to be able to replace lost traditional ad revenue.

Nonetheless, the old media guard can’t be accused of complacency when it comes to embracing the new to recapture lost audiences and build their brands — wherever they reside. Nowhere were these digital machinations more on display than with the news of the Virginia Tech shootings. Here’s a sampling:

Obviously, there are countless other instances of how this one story provided a showcase for the practice of journalism in this day and age. And I believe it’s just the tip of the transformational iceberg. Marc Glaser of MediaShift posted some worthwhile thoughts on a related theme here, which pre-dated VT.