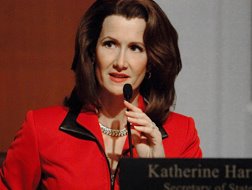 With its milestone programs “Sex & The City,” “The Sopranos” and “Six Feet Under” all now well, six feet under, how could HBO fend off its rivals and maintain relevancy?

The answer: put a “do-er ” with a New York sensibility in charge and watch what happens. (This is because good PR and brand-building are derived from positive tangible action, not positive wordspin.)

Now I must admit, I’m a bit biased here, but newly named HBO co-prexy Richard Plepler is an old friend. He also a take-charge kind of guy who exudes confidence and smarts. His name may be familiar to “Sopranos” watchers as the character “Dr. Plepler” who treated Tony in the hospital after being shot by “Uncle Junior.” But now, if you haven’t noticed, Plepler is making a real-life star turn with a number of dynamic moves of his own.

These bold decisions spell good tidings and continued brand esteem for a cable network many had written off. HBO is now expected to (re)claim its share of Emmys this year. They should also silence the naysayers who were (too) quick to write an HB-Obit. Hopefully, they’ll take notice and recant.

(One more thing: Richard rose up the ranks at HBO from his beginnings in the corporate communications department. There is hope.)