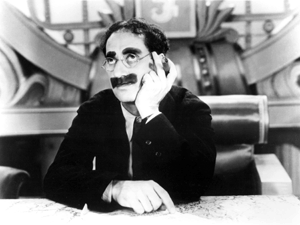 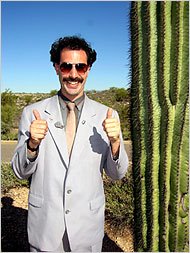 One can’t help but notice the confluence of Kazakhstani news wafting through the public domain these last few days. For starters, readers of The New York Times stumbled upon a four-page advertorial proclaiming Khazakstan’s entry into the civilized world. It certainly caught my eye, but definitely not my attention.

In fact, does anyone really read or give any credence to these costly and propagandistic government advertising vehicles masked as editorial? No, but there is one group that surely values them: the paper’s ad sales department.

Following his big photo-op with the two Stans (Paki and Afhani), our President will preside over a State dinner in Washington Friday night for the Kazakhstani president of this corrupt nation that appears immune to the notion of corporate governance. No matter. Clinking glasses and eating pork rinds with this administration’s movers & shakers will signal Khazakhstan’s western arrival — for some.

Looking ahead, these two controlled communications endeavors pale in comparison to what’s on the horizon for Freedonia, I mean Kazakhstan. Today’s New York Times reports on just how confounded Kazak leaders are in dealing with Borat, aka Ali G., aka Sacha Baron Cohen.

For those of you living in Atlanta, Mr. Cohen’s mouthful of a new film “Borat: Cultural Learnings of America for Make Benefit Glorious Nation of Kazakhstan” looks at America from the eyes of a fictional Kazakhstani reporter.

“And Kazakhstanâ€™s government is flustered all over again. That the film had its premiere at the Toronto Film Festival this month in advance of a visit to the United States this week by the countryâ€™s president, Nursultan A. Nazarbayev, only made matters worse, and a denunciation by the Kazakh Embassy in Washington led to a flurry of newspaper articles asserting â€” wrongly, the embassy said â€” that Mr. Nazarbayev intended to complain about â€œBoratâ€ to President Bush. The embassy has said the country will continue to portray itself in a more positive light with television commercials and newspaper advertisements, like the one that appeared yesterday in The New York Times.”

Much to the likely chagrin of the Kazhak government, the film enjoys some of the best advance word-of-mouth this season. Wouldn’t you agree, Caryn? This is in spite of some early (and intentional?) WOM of an anti-Semitic plot line. I expect it will not only do boffo at the box office, but it will do wonders for those who still believe the independent nation is part of the Soviet Union. (Though it’s still in essence a Russian republic, right?)

Be that as it may, those charged with helping the world correctly spell Kazakhstan would best be served to go with the flow. Don’t fight Sascha. Lighten up. Screen the film. Embrace the film. Exploit the film.

In fact, produce your own irreverent video clip (with music) and post it on YouTube the day the film bows. (Though I would suggest using a different writer than the one you used for the newspaper advertorial.) Lighten up and you might just reap greater dividends (at a much lower cost) than a four-page newspaper advertorial.