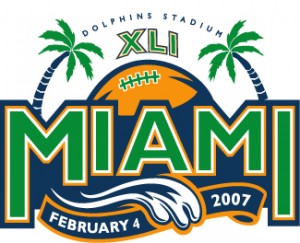 In looking ahead to this year’s Super Bowl, Business Week’s Jon Fine uses the metaphor “Last Man Standing” (or “Last Woman Standing” in the case of Conde Nast’s big glossy fashion books) to describe the ever-fragmenting media audience, and the increasing rarity of ad-supported mass-audience venues.

Naturally, the Super Bowl, and its cousin, the Academy Awards, are a couple of the noteworthy left standing on broadcast TV (and beyond).

I like Jon’s suggestion that the Super Bowl remains somewhat Tivo-immune given the advertising’s entertainment value. Geesh. Some people tune in for the commercials alone — though, most not.

Having led the PR chores for HotJobs.com’s Super Bowl campaign for three successive years — at a time when the game morphed into the “dot-com Super Bowl” and then back again — I would say that Mr. Fine missed a fine point. The value of the Super Bowl for marketers lies increasingly less in reaching viewers of the game itself and more in the incremental “free media” attention the advertising generates. And that’s where us lowly PR people enter the picture.

It’s akin to a top-tier Olympics 2012 sponsor paying $150 million (80 million pounds) for the rights to use the rings, as Lloyds of London announced this week, but another 100 million to really put a sponsorship (or Super Bowl ad buy) in medal contention.

Armed with the knowledge that every newspaper, newsweekly, business magazine, ad trade, entertainment program and the network morning shows would package advance and post-mortem pieces devoted to the commercial bonanza, the trick was to break through the clutter and extend the news of a client’s creative. Some SB advertisers made the tactical error of withholding details until the telecast. (It worked for Apple 1984, but that’s about it.)

Others, like HotJobs, jumped on the PR bandwagon early, offering footage of the “making of,” sound bites with its CEO and ad agency creatives, and short clips of the commercial(s) a good month ahead of the game’s airdate. At the time, broadband access was still in its infancy, so ad reporters like The Times’s Stuart Elliott preferred VHS tapes, while others screened spots delivered to them via those clunky 3/4″ tapes.

We had an epiphany when we actually could post the HotJobs’s Super Bowl commercials on a website, and simply provide print reporters with a link and a password (what a concept!) to view the low-res spots. I know. I know. No brainer, right? Back then, it hadn’t been done before (if you believe the grateful print reporters offered a sneak peak).

Anyway, Jon, when considering the value of the Super Bowl buy in 2007, let’s not underestimate the non-broadcast buzz-building activities — especially nowadays in the digital arena. That kind of free viral exposure will more than justify the $2.6 million cost of a 30-second spot.

In fact, this year the boffo Super Bowl creative on the big screen may pale in comparison to what’s planned for the small screen. One might even say that the Super Bowl as a marketing vehicle is standing taller (or wider?) than ever.