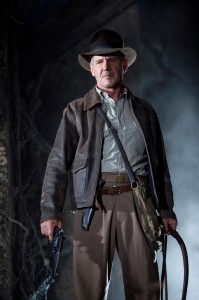 Online marketing pundits are all a twitter today over an astroturfing initiative from Coach. Apparently, the luxury leather goods maker commissioned a PR class from New York City’s Hunter College to introduce a Facebook character named Heidi Cee as a means to build anti-counterfeiting buzz. Adweek reports on the kerfuffle:

But here’s the thing about Cee: She’s fake, too. A public relations class at Hunter invented her last spring. The course was funded by a $10,000 grant from Coach and was part of a college outreach campaign by the International AntiCounterfeiting Coalition (IACC), a trade group that includes Coach and other brands like Apple, Levi Strauss & Co., Louis Vuitton and Rolex.

Good cause, bad execution, and yet another un-needed black eye for the profession. Hunter’s Stewart Ewen, author of PR: A Social History of Spin, with whom I sat on a panel some years back, shared his opinion of Ms. Cee with Flacklife’s Bob LeDrew back in February. The Adweek piece rightfully called into question this otherwise well-meaning PR class:

Now red flags are flying. Some of the most pointed criticism has come from PR professionals, who say the Hunter campaign runs afoul of basic PR tenets such as truthfulness and transparency. And as advertisers clamor for viral marketing approaches, the Hunter fracas serves as the latest illustration of how a buzz-seeking stunt may backfire.

Separately, Major League Baseball is taking it on the chin for apparently putting its financial interests ahead of the fan. As AOL’s FanHouse blog reported last night in a piece titled “Campaign of Doom,” an image of Indiana Jones graces the game calendars (on May 22) of every major league team on the MLB website:

“Of course, that just happens to be the day Indiana Jones and the Kingdom of the Crystal Skull is released. But it’s hard to believe that Major League Baseball is simply that enthused about this new Ford-Jones joint in order to let the world know for free. Rather, it would seem that we, the fans, are about to get immersed in another moneymaking scheme by baseball.”

As FanHouse notes, the sanctity of baseball is compromised:

“One would think that Bud Selig learned his lesson already based on the negative fan reaction from fans during baseball’s attempt to snare them in the web — pardon the horrible pun — of making money off movie studios. Of course, there are plenty of other times that Selig has failed to actually follow through on various actions that are good for baseball, so nothing about the Docta Jones promotion would surprise me.”

Of course, there are others who believe that these marketing promotions have achieved their ends by virtue of the fact that bloggers (including this one) are buzzing about them.