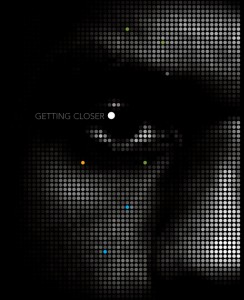 When last we visited the wide world of sports, it was to look at the world’s most famous golfer and the PR machinations he undertook to minimize the hit on his reputation. I for one found it curious how Mr. Woods initially took to his own website as the sole (controlled?) means to deliver his message.

Ultimately, he acquiesced to (a journalist-free) on-camera appearance, and then, as the dust settled, a regular presser…prying reporters and all.

Flash forward to today as another of the sporting world’s biggest stars prepares to make news that also carries extraordinary career implications. As with Tiger, every self-respecting journalist is clamoring to get ahead of this story, but unlike Tiger, the media spotlight is anything but harsh.

I’m talking LeBron, of course, and his decision — expected tomorrow — on the team (and city) for which he’ll play for the foreseeable future. His flirtations are now over, as are the over-the-top overtures by many cities to land him. I love the chutzpah of New York’s Mayor Mike as he launched a celeb-filled campaign and made a personal plea via YouTube to land LeBron in the Big Apple.

What interested this blogger most is the rumor that LeBron will forsake holding a formal press announcement, in effect bypassing the media filter, at least initially. Supposedly, he plans to opt instead to posting his decision on his new website, which his digital consiglieres are rushing to make ready as I pen this post.

No matter how Mr. James decides to break the news, it’s ironic that he is one athlete who has thus far not embraced social media as a means for forging closer ties with his fans. Could this change in teams also usher in a new, more social LeBron? (Didn’t he just join Twitter?) And what does the use of his own media channel to make news — absent a crisis — portend for relations between superstar athletes and sports journalists?

Update (July 7): LeBron to announce his next move — the old fashioned way, via ESPN. Even so, one still has to be impressed by his ascendancy to 100,000+ followers on Twitter…with just one tweet.