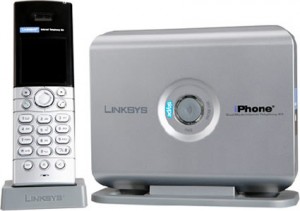 It’s befuddling. What to write about today? Taking a page from the command and control set in the White House, Hillary announced a surprise visit to Iraq. What about James Brown cutting out his 5-year-old son (by his companion) from his will and the prospects for a publicly contested will? Gee. PR is so pervasive.

I should comment about Apple’s big day. Steve Jobs and company deserve kudos for hitting the iPhone out of the ball park on every front. Still, don’t you think he should have resolved the naming issue with Cisco before proceeding? (More on that in a moment.)

In typical fashion, and following Newton’s third law (“For every action…”), the fickle media pendulum swung back into the negative category within 24 hours of the iPhone’s boffo reception. One couldn’t help but stumble upon the Scobelizer’s sobering assessment of the iPhone — and its skimpy battery life, among other things. Then there was the stock options affair and news that the Feds are now investigating Mr. Jobs.

Finally, we turn to Cisco, whose general counsel is using the company blog (better than the company jet) to publicly discuss the pending litigation with Apple. Scoble chimed in on this one too.

I’ve lost track of Sun CEO Jonathan Schwartz’s efforts to persuade the SEC to allow him to break material news on his blog. I believe the regulatory agency is considering.

There’s precedent, however, for the legal blogging bit. Remember the litigation between Google and Microsoft wherein the former raided the latter for a senior exec, prompting a lawsuit. When resolved, Google’s asst. general counsel posted his perspective (spin) on the Google blog. I questioned at the time whether this was true from-the-heart blogging or a corporate-directive designed to “command-and-control” the message (or a little of both).

Anyway, I’m curious to watch the Apple-Cisco affair unfold in the public eye. At least Google’s lawyer waited until the lawsuit was settled. Cisco didn’t, which makes it PR newsworthy. I just wonder why this tactic doesn’t fall under Sarbanes-Oxley? It certainly is material — to both Apple and Cisco.