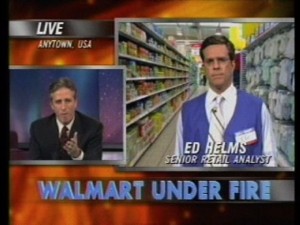 When this blog last visited this story, many in the PR blogosphere were openly pondering Wal-Mart’s agency-of-record’s delayed response to the Business Week story that exposed the grassroots RV blogging tour as a paid PR tactic. The head of the agency gathered the facts then admirably took full blame for this transgression in his agency’s mantra of transparency.

Story over. With one fell swoop, the issue went away…or so we thought. One thing about that pesky blogosphere is that it has the capacity to give legs to stories that otherwise might have died quietly on the vine.

In the wake of the apology, others began to did deeper into the firm’s blog tactics for its high profile client. Today, those transgressions have surfaced into the mainstream media…including a second Business Week piece and a post that moved moments ago on CNN/Money.

I know the firm truly wishes to do the right thing, but was its leader’s high profile apology sufficient? In fact, I had wondered on Susan’s blog why the numbnuts who conceived and drove this inherently flawed “grassroots” blogging plan weren’t shown the door. After all, the potential risk to the agency’s (and client’s) reputation could not have been more apparent, especially given the me2revolution culture permeating the firm.