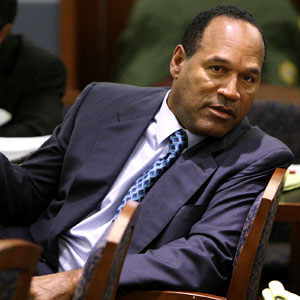 I enjoyed reading Brian Stelter’s piece over the weekend in which he catalogued the one-episode wonders of the modern television age. The shows ranged from Jackie Gleason’s “You’re in the Picture” to “Secret Talents of the Stars.” Their shared recipe for instant failure? No one watched them.

So what are broadcasters to do in an age when diminished viewership makes their business model less tenable? Go for the least common denominator, of course. And we’ve certainly witnessed our share of inane stupid American programs that produce boffo ratings from stupid Americans. These show range from “America’s Biggest Loser” to “Dancing with the Stars.”

So how can the news and infotainment programs get in on the ratings action? The answer may be to take a page from their reality TV series counterparts by funding reality news, not unlike the way the magazine industry keeps the paparazzi afloat. At least that’s what’s being alleged by the man who set up the sting for which O.J. (yes, that O.J.) is now facing trial.

Collectibles dealer Thomas Riccio says that he collected some $210,000 by TMZ, Entertainment Tonight and ABC News…huh, ABC News…for documentation of the O.J. stick-up. Say it ain’t so!

“The payments included $150,000 for excerpts of the audio to the celebrity gossip site TMZ.com, and $15,000 from ABC News and $25,000 from the television program â€œEntertainment Tonightâ€ for interviews with them, Mr. Riccio said. ABC News and Entertainment Tonight publicists denied the claim. and insisted the payment was not for an interview but for other materials. A spokeswoman for TMZ.com declined comment.”

Now we’ve come to expect a pay-for-play approach to news gathering by the ET and Access Hollywood’s of the world – from Bridezilla to Brangelina. But for ABC News to allegedly have gotten into this dirty business is a total no-no. As the L.A. Times reports:

“Most mainstream news companies have ethical standards prohibiting them from paying for information or interviews, but as competition with tabloid outlets has intensified, some have started remunerating subjects by licensing videos or photographs.”

Let’s now watch how the owners of the home of Charlie Gibson, Diane Sawyer and George Stephanopoulos explain away their possible role in this sordid affair.

[ABC News spokeseman] Jeffrey Schneider said the payment was recommended by network attorneys to secure broadcast rights to an audiotape Riccio made of the alleged robbery as well as the photo.”Our interest was in the audiotapes, not in an interview, frankly,” Schneider said.