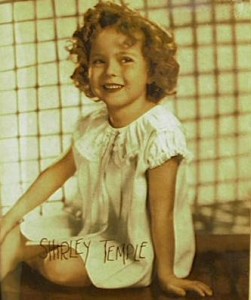 As September arrives, much of the PR community will find itself playing catch-up to grab what little MSM space remains for their event, product and people news.

The competition is fierce: “I should’ve been out there in July!” laments one frustrated publicist. Adding to the frenzy, here’s an item from yesterday’s Jossip :

“We hear from a pretty well placed source that Graydon Carter is going to extremely great lengths to protect his Suri photos. Even placing armed guards outside the printer, and forcing everyone who works there to sign a confidentiality agreement that they won’t let a single Suri pic slip before the cover hits stands.”

In an effort to avoid the much bally-hooed Brangelina baby leak, Vanity Fair one-upped the glossy weeklies to score the first actual images of Baby Suri.

Little Miss Cruise merited none other than Annie Leibovitz as her pixilated portraitist. I’m sure Ms. Leibovitz’s pics will be much better than the voyeur shots of little Suri posted earlier this month on Pop Sugar.

Not to be counted out of the Suri baby frenzy, US Magazine had a forensic specialist show its readers what the silver-spooned tyke might look like 20 years hence, while People had a first-hand description, as did many others. Do you think this armed guard item from “a well-placed source” was a plant? You do the math.

VF vet publicist Beth Knesiak has a hot property on her hands, just a month after her magazine put the buzz-worthy (accent on the word buzz) rehabilitated waif-model on its cover.

Suri, see you in September…in a Washington Redskins jersey, right?. Wasn’t that part of the deal???

Have a good weekend everyone. We’re expecting a deluge in New York.