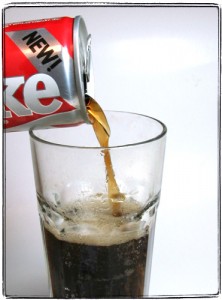 Louise Story of The New York Times has done a great job of keeping tabs on the intersection of marketing and new media. Her piece this morning addresses the legal issues entailed in yet another consumer-generated media promotion wherein one QSR invited ordinary people to submit “commercial” videos at the expense of a competitor.

“The contest rules made it clear that the videos should depict Quiznos sandwiches as â€œsuperiorâ€ to Subwayâ€™s.”

Subway sued claiming the videos misrepresented its product. Quiznos countered by saying it didn’t create the spots, so it’s not liable for any damage that may result. Hmmm.

“Among the videos that can still be seen on YouTube, one shows a wife arriving home with a Quiznos sandwich for her husband and a Subway sandwich for her dog. In another, a young man runs through town to find a sandwich, passing by seven Subway stores before he reaches a Quiznos and goes in. In a third, two men punt sandwiches across a parking lot; the Subway one soars high but the Quiznos one is so heavy that the man falls over when he kicks it.”

As a veteran of the burger, toothpaste, and cola wars, I was reminded of an effort by Pepsi in the mid-eighties. The #2 cola had sought to tweak its competition, and in the process, generate loads of publicity. Bob Beebe ran Pepsi International. New Coke had just unceremoniously bowed on our shores.

Mr. Beebe retained our firm to train its in-country marketing operatives on how to mount a news conference. We gathered and put them through the paces in three cities Paris, Miami and Tokyo, then sent them back to their respective countries to hold their events.

The news they would announce? Pepsi introduces New Coke!

Now the laws of some Latin American and European countries strictly forbade the denigration of a commercial competitor. France was not one of them. Hence, in Paris, Pepsi advance-shipped cases of New Coke to the city of lights and invited journalists to try the brew that had caused so such consternation here. To underscore the event’s raison d’etre, Pepsi showed les journalistes U.S. TV news stories of New Coke being dumped into American rivers in protest. Several U.S. broadcast evening news programs aired pieces from the Paris news conference.

Of course, the strategy of a #2 creatively taking on a #1 is nothing new. Wasn’t it the Pepsi Challenge that caused Coke to reformulate in the first place? And few will debate the effectiveness (and PR value) of the “Mac vs PC Guy” ad campaign.

Yet, this Quiznos effort seems different. One marketer predicts that the lawsuit would put a chill on such competitor-bashing CGM promotions. Then again, the ability to put a lid on consumer evangelists may very well be a Quixotic task in and of itself.