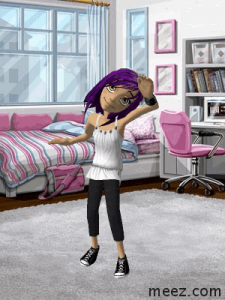 On Friday, I touched on the trend among a new breed of photo agencies that crowdsource-for-profit celeb pics captured by you, me or anyone for that matter.

I observed that the fees doled out for images of out-of-context (e.g., out-of-control) A-listers have fueled the growth of the Patrick McMullan-wannabe movement. There’s simply money to be made in those megapixels courtesy of the fastest growing segment of the media — celebrity blogs, websites and magazines.

So what’s fueling the growth of digital video? It’s certainly not the prospect of earning a few bucks from the multitude of video-hosting sites.

If you believe the fast-talking, narcissistic New Jersey-based oenophile Gary Vaynerchuck, it’s all about building one’s personal brand. Screw the person you work for. Look out for numero uno, baby, and utilize every digital tool out there to make yourself a star. It’s the Me Generation on steroids.

We’ve entered a banal twilight zone called Justin.TV where the creators reverse the cameras and by so doing, hasten the dilution of what we once recognized as celebrity. As Sara from Pop 17 informs us on Viddler.com:

“Video on the Internet is not a new occurrence. But as you probably know, its a relatively hot topic especially for up and coming personalities who want to use the platform for a voice.”

While one set of amateurs aspires to become paparazzi, another prays to become the paparazzi’s prey. Or as one person rationalized in a post last fall on the Sarah Myers (Justin’s asst.) blog:

“Social media is shaping and changing early adaptorâ€™s lives; at least mine, for that matter. Watching the evolution of life casting has changed the way that I see humanityâ€™s future interactions with social media. Emotional needs are being met as new technologies come into play.”