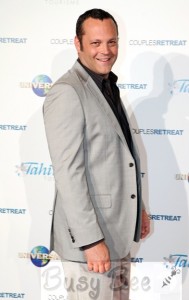 Two pieces broke over the weekend that make me wonder if the modern practice of public relations may finally be getting its just due. Or maybe the PR biz hasn’t changed as much as we’d all like to think.

Both stories touch on the old and the new, the yin and the yang, the steadfast and the social sides of our dichotomous profession. The first piece gave props to Hollywood PR peeps for putting butts in seats, and perhaps saving the studios millions in ad spending.

“Over at Disney, publicity executives are coordinating their efforts more closely with those of their advertising counterparts: If the P.R. team for the companyâ€™s ABC unit can land an article about â€œDancing With the Starsâ€ on the cover of TV Guide, for instance, the network will make certain not to also buy advertising space in that issue to push the show.”

The tactics cited brought back memories of my earliest days in the PR biz handling publicity chores for films like “The China Syndrome,” “Absence of Malice,” Alan Alda’s “Seduction of Joe Tynan” and “The Four Seasons,” to name a few. Some things change, some things remain the same:

“‘At least with publicity â€” placed stories â€” there is a feeling that the message has gone through a filter,’ said Paul Pflug, the co-owner of Principal Communications, a public relations firm that specializes in entertainment. ‘Journalists and their editors had to consider the pitch worthy of space. The message has been vetted in some way.â€ He said an article was more valuable to the studios because it is more credible to viewers than an ad.’

Ahhh. The media filter as a third-party endorsement. Now there’s a revelation! So where does Twitter, Facebook, Digg, YouTube, etc. fit in the movie marketing media mix?

“Social networks like Facebook and Twitter have also changed the publicity game in Hollywood. The P.R. apparatus has largely assumed the responsibility of monitoring, shaping and creating attention on that part of the Web. Movie characters now have Twitter profiles and Facebook pages, for instance. Guess who updates the accounts?”

But, the Times reporter also singled-out the old-fashioned press junket (for Vince Vaughan’s “Couples Retreat”) as a cost-effective vehicle for bolstering media coverage:

“Universal Pictures…decided to stage a lavish junket, one of those all-expenses-paid promotion-a-thons for writers and TV reporters. Instead of hosting the event at a Los Angeles or New York hotel, as is standard practice, Universal flew the participants to Bora Bora… It cost about twice as much as a standard junket, but generated at least four times as much media coverage, the studio estimated.”

So much for that tactic. The movie bombed, and now the FTC is investigating the bought-bloggers of Bora Bora. (Just kidding.)

Moving on from Sunset Blvd. to Wall Street, The Times’s “Week in Review” tapped some of our industry’s bold-faced names to opine on the Goldman Sachs conundrum. Notably absent from the piece were The Street’s biggest players including Kekst and Co., Brunswick, Abernathy MacGregor and Joele Frank… These firms likely recused themselves given the proximity of their
current client work to these very issues. 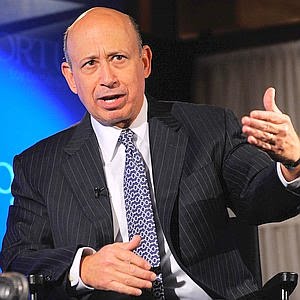 Still, there was no shortage of PR strategists pouncing on Goldman with advice in hand, according to company CEO Lloyd Blankfein:

“…he spoke with barely disguised disdain in his voice about the work of the image consultants, reputation experts and public relations advisers who are beating a path to his door, and to the doors of other Wall Street banks vilified for their profits and million-dollar bonuses at a time of continuing economic pain. ‘Some people come in and say, â€˜You are doing too much. Donâ€™t say another word.â€™ Other people say we should get on the talk shows.'”

The question of how Goldman should neutralize the growing chorus of reputation-tainting critics recently was raised at the Council of PR Firms’ Critical Issues Forum. My old friend Susie Gharib of “Nightly Business Report” suggested that Goldman allocate $20 billion for those in need. This PR vet piped up that this kind of gesture would be seen in the media as a PR ploy.

In case you were out of the country, last week the embattled company finally did announce plans to set aside $500 million (or less than 3% of this year’s executive bonus pool) to “help thousands of small businesses recover from the recession.” Harvard’s Michael Porter and Berkshire Hathaway’s Warren Buffet were added to the PR mix for good karma. Yet, as anticipated, The Times editorial board saw it like this:

“It is hard to take seriously Goldmanâ€™s claim that the program was not motivated by its public relations problems. The money will be welcomed by the recipients, but if Goldman wants to make a meaningful contribution, it would have to be in the billions and aimed more directly at taxpayers.”

One of the experts tapped to opine on the challenge was the venerable go-to New York PR man Howard J. Rubenstein who argued for a more effusive mea culpa:

â€œThey should be taking advertisements, they should hold seminars, news conferences. This is a time for gratitude and attitude. One letter to the editor, one news conference, one speech does not make an image.”

Pretty standard stuff, if you ask me, though not without its value. Can these traditional tactics by themselves alter public opinion in today’s changed media ecosystem? Is anyone at Goldman actually listening and engaging in the online conversation? Should Lloyd Blankfein or someone around him allocate some time to earnestly blog (or tweet) about the company’s present peccadillo?

As much as PR has changed, compelling content and a commitment to open communications remain paramount. They should have a permanent place in the domain of seasoned (and social media) PR pros who seek for their clients a surer path to redemption. As Richard Edelman noted:

“…one of the best things Wall Street could do now is clearly ‘explain how you make your money and why your business model makes sense for a stakeholder society.'”