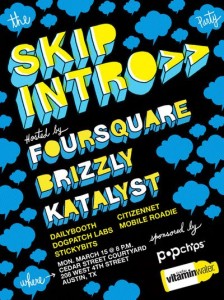 I felt like I was there, even though client and family obligations kept me in New York for this year’s SxSWi conference.

It seemed that two-thirds of the tweeps in my Twitterstream were in Austin over the weekend where the scuttlebutt was all about location-based services, and the endless stream of events — whose venues benefited from these services.

First, the parties. Virtually every social media brand and enabling technology held some sort of beer-infused corporate-sponsored gathering, except perhaps for the one hosted by @garyvee whose libation of choice was vino. I had a chuckle from the following Robert Scoble tweets:

@Scobleizer How do you know a @sxsw party is really exclusive? When they turn down @leolaporte and me like Twitter just did. We are having a good laugh.

@Scobleizer That said the hot parties of the evening are the NPR, Mashable, and ICanHazCheezburger ones, so we will have plenty to do.

@Scobleizer Thanks to @leolaporte for letting me tag along. We got to @garyvee party just as he was pouring last of 180 bottles of wine. 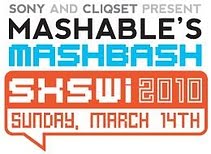 What especially fascinated me about many of these parties was the real-time, flash mob nature of the invitation process. One of the event hosts would simply tweet details minutes or hours before the event, which prompted his or her location-based disciples to oblige with attendance. Forget eVite, Pingg and eventBrite.

Parties aside, the real noise from SxSWi revolved around the battle for primacy in the location check-in services space. One journalist for Silicon Alley Insider went out on a limb to declare NYC-based Four Square the winner over Austin-HQ’d Gowalla, based on Twitter buzz alone.

This was in spite of the fact that Gowalla (with 100K followers versus FourSquare’s 500K) walked away with a SxSW Award in the mobile category. TechCrunch called the “location war” a “dead heat.” Here is how the founders of each service distinguish their mobile apps: 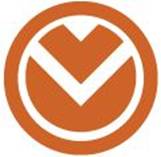 Even though I didn’t make it to this year’s confab, I was happy to learn that this blog was one of two to have won a Hive Award in the Blogging category. The awards “honor the unsung heroes of the Internet.” I guess I have to sing louder.